Songs in the Key of Quarantine 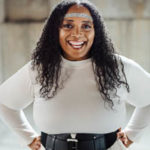 Vocalist and songwriter Dara Tucker is making her mark in the world of organic, heartfelt music by blending the melodic and lyrical richness of the central plains with the soulful strains of the African American experience. That sound is on full display on her most recent recording, “The Seven Colors”, produced by acclaimed guitarist Charlie Hunter.

Born in Tulsa, Oklahoma to a family of singers and ministers, Dara Tucker and her siblings traveled across the United States as young children singing with their father and mother. Having moved to Interlocken, Switzerland to further study the German language after graduating college, she was reunited with her passion for music and began writing the first of many original songs. That passion for songwriting and singing led her back across the Atlantic to Nashville, Tennessee for many years. She has recently relocated to New York, NY.

Dara co-wrote the title track to “Oklahoma”, the 2019 Grammy-winning “Best Americana Album” for blues and Americana artist Keb’ Mo’. As an independent artist and bandleader, Dara has toured nationally with her own bands and with Charlie Hunter’s group. She’s opened for Grammy-winning Jazz vocalist Gregory Porter, appeared on NPR’s Jazz Night in America, was featured on The Tavis Smiley Show on PBS, won the Johnny Mercer Foundation Award, the Ben Tucker Jazz Award and the silver medal in the American Traditions Vocal Competition and captured “song of the year” and “jazz vocalist of the year” awards at the Nashville Independent Music Awards. She was also named “Best Jazz Vocalist” in 2019 by Nashville’s premiere arts publication, “The Nashville Scene”.

Tucker’s most recent album, “The Seven Colors”, contains a brilliant mix of the 7 stylings that make up her music – jazz, blues, gospel, Americana, musical theater, pop and soul. Tucker is known for using unique lyrical and melodic elements to evoke the wide spectrum of experiences she expresses through song. Her eclecticism is guided by the diversity of her narrative. She is poised to establish herself as one of the distinct voices that will help to seamlessly move American music traditions into the 21st century.

“I can’t remember the last time I heard a new vocalist who impressed me so completely as Tucker. She has a beautiful, soulful voice, and her original songs are honest and innocent personal expressions backed by languid arrangements and skilled playing.” – Marc Myers (Jazzwax/Wall Street Journal) 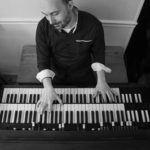 Lucas Brown is a performing artist, composer and educator. He actively performs both Jazz and classical music and has performed around the US and Canada at such venues as Carnegie Hall, the Kimmel Center, the Jazz Standard and the Blue Note, as well as in Europe and Asia.

His compositions have been presented throughout the US and Europe. A member of the faculty at Temple University’s Esther Boyer College of Music, Lucas holds a BM in Jazz Performance from Temple University and a MM in Organ Performance from Westminster Choir College. Lucas was a member of saxophone legend Bootsie Barnes’ organ trio from the age of 21. He has performed with such Jazz artists as Joey DeFrancesco, Pat Martino, Eric Alexander, Terell Stafford, and Gerald Veasley, and is a sideman on numerous recordings. He was awarded the Clef Club Jazz Award in 2014 in recognition of his contributions as an organist in Philadelphia. Lucas was a member of the Pennsylvania Performing Arts on Tour (PennPAT) artist roster as a member of the group Three Blind Mice, with Victor North and Wayne Smith Jr. Lucas has also performed with Opera Philadelphia and the Philadelphia Orchestra. Lucas has had his works as a composer performed at such venues as Grimsby Minster (UK), Torino Esposizioni in Italy, Movement Research at the Judson Church in NYC, and Taubman Museum of Art in Roanoke. Lucas’ Jazz suite, SkyViews, was commissioned by the Kimmel Center for the Performing Arts for a premiere performance in 2019 and his album, Skyviews , was released in November 2019. Lucas was commissioned in 2014 to premiere a new composition as part of “If You Could Hear These Walls”, a collaborative project sponsored by Philadelphia Mural Arts and the American Composers Forum. He collaborates frequently with choreographer and media artist, Jung-eun Kim. 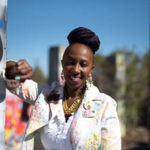 South Carolina native Mahoganee is a renowned vocalist, recording artist, songwriter and youth educator-mentor based on the East Coast. Her unique style, deemed “Funky Organik Soul”, is a blend of Southern Soul, Funk, Jazz, Blues, and Hip-hop, with African and Caribbean influence. With over 28 years of experience in her field and national credits to her name, Mahoganee’s artistic persona is constantly evolving. Her sultry and earthy vocals, commanding acapella stage presence, and a range spanning more than four octaves has led to a loyal following by an ever-growing fan base. She has performed before dignitaries and 21st century icons and for audiences of 20,000+ at festivals and other corporate, private, civic and community events – including Historical Penn Center’s Heritage Festival, the Annual Black Family Reunion for the National Council of Negro Women in Washington, DC, and the Savannah, GA Black Heritage Festival. Mahoganee has shared the stage with artists such as Tony Terry, SOS Band, and Daniel Winans, and has been a featured performer with Dr.Marlena Smalls & The Hallelujah Singers. Mahoganee was an Artist-in-Residence in Trinidad and Tobago in 2009 and has been featured several times on SoulTrain.com for both her artistry and activism. She has also been a Teaching Artist at the prestigious Historical Penn Center and is a member of the Atlanta, GA chapter of the Recording Academy.

Mahoganee has self-published three albums. For her second album, “Thoughtz of a D.I.V.A.,” she and her husband Andre were honored with a Proclamation of Recognition and day of celebration by Prince George, Maryland’s County Executive, Jack B. Johnson. Her most recent album reached the Indie Top Ten. 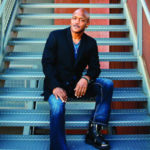 Joseph Allen Wooten, a loving husband and father, keyboardist, writer, arranger, producer, educator, motivational speaker, and author, is a 3-time Grammy Award nominated artist, and since 1993 is the keyboardist/vocalist for Rock & Roll Hall of Fame inductee Steve Miller in his Steve Miller Band.

Born to Dorothy and Elijah “Pete” Wooten, Joseph is the 2nd youngest of the 5 Wooten Brothers, Regi, Roy, Victor and the late Rudy Wooten.

Joseph’s childhood years were spent with his siblings playing nightclubs and sharing the stage with Curtis Mayfield, War, The Temptations, The SOS Band, Stephanie Mills, Dexter Wansel, Ramsey Lewis, Maze featuring Frankie Beverly and other major artists of the time as “The Wooten Brothers.”

As the ’80s arrived, the brothers caught the ear of the popular R&B artist/producer Kashif where they recorded an album entitled “The Wootens” for Arista Records.

Joseph was the band leader and keyboardist for Kashif. During that time with Arista. He sang back ground vocals for Whitney Houston on her debut album, Kenny G, and co-wrote with Kashif and brother Roy “Call Me Tonight” which was Grammy nominated for Instrumental of the Year.

Joseph also contributed numerous compositions on Victor’s Grammy nominated CD, “Yin Yang”. Joseph also  fronts his own band, Joseph Wooten & The Hands of Soul.
In 2017, he published his book, “It All Matters: What I Believe, Words That I Live By.”

Joseph can often be found motivational speaking to students in middle school, high school, and college. Recently Joseph played for career military Veterans and Gold Star families at the Field Of Dreams movie site. He also had the privilege to do a TEDx Talk in Memphis, Tennessee entitled “Why It All Matters.” I Matter! You Matter! is a non-profit organization founded by Joseph Wooten and his wife, Stephanie.