Songs From WE THE NORTH

Songs From WE THE NORTH is an event curated by Rich Brown featuring Lydia Persaud, John Kameel Farah and Hugh Marsh. 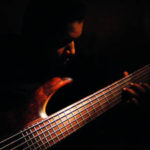 Canadian born Toronto based musician Rich Brown has established himself internationally as an influential electric bassist, an award winning bandleader/composer, and an esteemed educator. All About Jazz called Brown “one of the finest electric bassists you’ll hear anywhere”, and The Los Angeles Times stated, “Brown moves with the fluid ease of an acoustic guitarist”. He has released 3 albums as a leader, and appears as a sideman on a plethora of recordings ranging from Jazz to Funk to traditional Arabic and Asian music. Brown has performed with a wide variety of artists including Rudresh Mahanthappa, Steve Coleman, Angelique Kidjo, Kurt Elling, Kim Mitchell, James Blood Ulmer, The Parachute Club, and David Clayton Thomas (Blood, Sweat, & Tears) to name just a few. He also leads his own groups—rinsethealgorithm and The Abeng—and was nominated for a Juno Award in 2016 in the category of Jazz Album of the Year: Solo for his latest album ‘Abeng’. 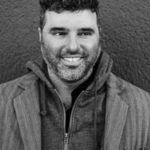 John Kameel Farah is a Canadian pianist, composer and visual artist, based between Toronto and Berlin. His music embraces aspects of Early and Contemporary Music, Improvisation, Middle-Eastern Music and Electronics; sometimes he refers to his odd combination of musical approaches as “Baroque-Middle-Eastern-Cyberpunk”.  He studied piano and composition at the University of Toronto, where he was a two-time recipient of the Glenn Gould Composition Award, and afterwards took private lessons with Terry Riley in California. 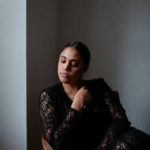 A fixture of Toronto’s music community and a sought-after collaborator, Lydia Persaud stands alone withher debut albumLet Me Show You.Exposed to music from a very young age, Lydia’s early influences sprang fromsinging in church.It wasn’tuntil Lydiastumbled across a cassette that she was exposed to soul music. “My first introduction to soulmusic was through one of my early tapes,VH1Divas Live.It was a live performance taping with MariahCarey, Aretha Franklin, Celine Dion, Shania Twain, CaroleKing and Gloria Estefan.I so wish that Whitneyhad performed as that would have coveredall of my favourite vocal queens.” The vocal skill of theseicons drew Lydia in to explore the soul genre. This influence ultimately reached into the recording studiowhere Lydia createdLet Me Show You. “Soul music has always affected me the most, a soulfulconviction on matters of the heart. Voicing struggle or sharing joy and celebration has always been myfavourite method of expression.”Lydia’s sound expands the boundaries of soul to include both folk and jazz, styles that have beenfoundational to her musical growth. Lydia attended the rigorous jazz program at Humber School ofMusic, where she won the Oscar Peterson Jazz Award and connected with fellow members ofthe folktrio The O’Pears, whom she has been collaborating with for the past7years. Working in these styleshoned Lydia’s mastery of sophisticated vocal harmony and blend, leading her to become an in-demandvocalist.Lydia has supported such icons as Gordon Lightfoot, David Crosby, and Lee Fields, as well asopened for Serena Ryder, Sarah Harmer, and Joey Landreth. She is also a member of renowned coverband Dwayne Gretzky.Participating in the folk and jazz scenes in Toronto developed Lydia’s technical expertise while infusingher work with a storytelling and emotive quality. “I’ve always considered jazz to be very soulful,expressive and spontaneous where folk music is a bit more calculated with a singer-songwriter form thatboilsdown to the root complex feelings and concepts”.As a woman of colour from aCanadian-Guyanese-Ukrainian background, Lydia has actively sought tobreak stereotyped expectations of her identity through her music. She finds it empowering to disruptassumptions that pigeonholeher in genres such asFolk: “Swaying far from those expectations by writingsoul based songs on the ukulelefelt like I was carving out my own space. I always had a love for earlycountry music and storytelling through song, which always kept me close to artists like Shania Twain andStevie Wonder.”Let Me Show You,recorded in Toronto with producer Robbie Grunwald (Donovan Woods, Jill Barber), isan album that runs the gamut from romance, to social activism, to anger: “The songs shift from beingbased inloveandheartbreak tomypersonal encounters with race and gender issues.The albumconveys a full spectrum.”WithLet Me Show You, Lydia draws inspiration from her musical heroes, such as Donny Hathaway, BillWithers and Carole King, while touching on vital issues that deeply affect her. Her music melds genreswhile Lydia’s clear message shines through on the power of her unforgettable voice. 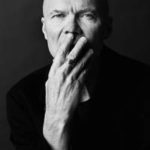 You’ve most likely heard his unique musical voice on numerous movie scores without knowing it.

His latest recording “Violinvocations” Is available on the Austin Texas label Western Vinyl. Hugh is fond of noise, organized or otherwise and islands from Fogo to Folegandros.