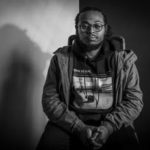 Immanuel Wilkins is a Saxophonist, Composer, Arranger, and Bandleader from the greater Philadelphia-area. While growing up, he honed his skills in the church and studied in programs dedicated to teaching jazz music like the Clef Club of Jazz and Performing Arts. Moving to New York in 2015, Immanuel proceeded to earn his bachelor’s degree in Music at Juillard (studying with the saxophonists Bruce Williams and the late Joe Temperley) while simultaneously establishing himself as an in-demand sideman, touring in Japan, Europe, South America, The United Arab Emirates, and the United States and working and/or recording with artists like Jason Moran, the Count Basie Orchestra, Delfeayo Marsalis, Joel Ross, Aaron Parks, Gerald Clayton, Gretchen Parlato, Lalah Hathaway, Solange Knowles, Bob Dylan, and Wynton Marsalis to name just a few. It was also during this same period that he formed his quartet featuring his long-time bandmates: Micah Thomas (piano), Daryl Johns (bass) and Kweku Sumbry (drums). Being a bandleader and having a working group for over four years has allowed Immanuel to grow both as a composer and arranger — and has led to him receiving a number of commissions including, most recently, from The National Jazz Museum in Harlem, The Jazz Gallery Artist Residency Commission Program (A collaboration with Sidra Bell Dance NY, 2020 ) and The Kimmel Center Artist in Residence for 2020 ( a collaboration with photographer Rog Walker and videographer David Dempewolf) Being emerged in the scene at a young age and sharing the stage with various jazz masters, has inspired Immanuel to pursue his goal of being a positive force in music and society. This includes quite an impressive resumé as an educator. In addition to teaching at NYU and the New School, he has taught and given master classes and clinics at schools/venues like Oberlin, Yale and the Kimmel Center. Ultimately, Immanuel’s mission is to create a sound that has a profound spiritual and emotional impact which will allow him to become a great leader in the long lineage of jazz musicians. Through studying the human pathos of the music and the culture of jazz, Immanuel aspires to bring people together through the commonality of love and belief in this music. His debut recording, Omega — produced by Jason Moran— will be released on Blue Note Recordings on August 14, 2020. 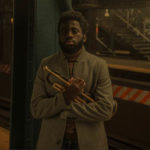 Since 10 years old, Gelin taught himself to play the trumpet simply by emulating his favorite records. After years of self-tutelage, Adrian D’Aguilar, bass player, began to mentor him; thereby, providing him the tools to play jazz. Later on, the Nassau-born trumpeter would study with Dr. Eddie Henderson at the Oberlin Conservatory. The same year, he received recognition at the Young Arts Foundation and Betty Carter Jazz Ahead Program. Thereafter, he continued his studies at the Juilliard School– expecting to graduate in  2021.

In the span of three years, Gelin has played with pioneers of the NY jazz scene such as Curtis Lundy, Bobby Watson, Roy Hargrove, Sullivan Fortner, Wynton Marsalis, Ben Wolfe, and Jon Batiste. Additionally, the 21-year-old trumpeter has received tutelage from some of the world’s greatest including Wynton Marsalis, Nicholas Payton, Ralph Peterson, and is the protege of the late, Roy Hargrove. Earlier this year, the Bahamas-native was awarded the 2020 LetterOne Rising Star Jazz Award, and ASCAP’s Herb Alpert Award. Ultimately, Gelin’s artistic vision is to pay tribute to his ancestors, and unify others by incorporating universal human experiences into sound. 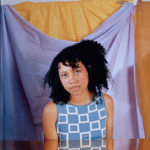 Alyssa McDoom is a songwriter and vocalist born in Fort Lauderdale, Florida and currently based in New York City. Of Jamaican heritage, she grew up surrounded by a large family whose strong cultural influences impacted her from a young age. Alyssa creates music inspired by her greatest influences: folk music, 60’s soul and reggae. A recent graduate from The New School, where she studied Jazz performance; Alyssa uses her voice as a tool to bridge contrasting genres and experiences that have impacted her life. Her ultimate goal as an artist is to provide inspiration to create without boundaries or labels. 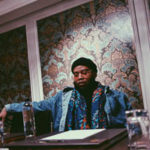 Nazir Ebo is a percussionist and bassist from Philadelphia, PA. Nazir is currently in Philadelphia Sinfonia which he serves as the Assistant Principal of the Bass section. Nazir is also the house drummer and newly appointed resident teacher at the Clef Club of Jazz and Performing Arts which is an innovative education and social initiative that provides opportunities for personal development to young artists through the study of music. Artists that Nazir has performed with include: Yannick Nézet-Séguin, Wynton Marsalis, Anthony McGill and Sir Simon Rattle, Soweto Kinch, Christian McBride, Tim Warfield, and many others. Nazir is truly considered one of the emerging artists of his generation and a true talent to follow.