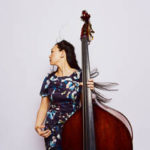 Grammy-nominated Cuban-American pianist Fabian Almazan has developed a personal voice through the electric manipulation of the acoustic piano and has toured his music extensively as well as accompanied artists such as Terence Blanchard, Gretchen Parlato,  Mark Guiliana,  and Ambrose Akinmusire.

Almazan has composed for orchestra, chamber ensembles and for film – also performing on Spike Lee’s “Miracle at St Anna” and the Kasi Lemmon’s film “Harriet”

He is the founder of Biophilia Records, ensuring a continued dialogue of awareness concerning music and environmental justice. 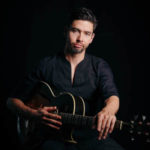 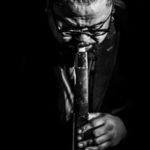 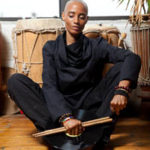 Haitian born Val Jeanty is a Brooklyn based Afro-Electronic (VodouElectro) music composer, drummer and turntablist. Her installations have been showcased at The Whitney Museum, The Moma, The Lincoln Center in New York City and internationally at Jazz a la Villette (France) The Biennale (Venice) and SaalFelden Jazzfest (Austria). 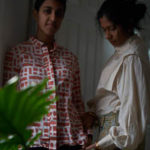 In this duo project, vocalist Ganavya Doraiswamy and percussionist Rajna Swaminathan interweave stories, prayer, and rhythm to create an enveloping, healing soundscape. Drawing on various threads of Indian music and the improvisational textures of creative music, they present a unique meditation on the alchemies of social and spiritual realms.

Rajna Swaminathan is an acclaimed mrudangam (South Indian percussion) artist, composer, and scholar. In her music and research, she explores the undercurrents of rhythmic experience and emergent textures in collective improvisation. Rajna’s creative voice blossomed through a search for resonance and fluidity among multiple musical forms and aesthetic worlds. Her ensemble RAJAS, whose sound has been lauded as “unlike any other on the scene” (New York Times), has been a prominent medium for her expansive compositions, which involve a lattice of rhythmic, textural and modal approaches. Her debut album with RAJAS, Of Agency and Abstraction (Biophilia Records, 2019), has been described as “music of gravity and rigor… yet its overall effect is accessible and uplifting” (Wall Street Journal). In addition to her projects, Rajna performs extensively in ensembles led by Vijay Iyer, Amir ElSaffar, and Ganavya Doraiswamy, and has been active as a composer-performer for dance and theatre works. She is also active as an educator, most notably serving as faculty at the Banff International Workshop for Jazz and Creative Music in 2013 and 2018. Rajna holds degrees in Anthropology and French from the University of Maryland, College Park, and is currently pursuing a PhD in Music (Creative Practice & Critical Inquiry) at Harvard University.

Ganavya Doraiswamy is a critically acclaimed vocalist, scholar, and composer who has quickly amassed an incredible breadth of contemporary works. She holds degrees in psychology and theatre, and graduate degrees in performance (Berklee College of Music), ethnomusicology (UCLA), and creative practice and critical inquiry (Harvard). She has been featured on various projects, notably on the Quincy Jones produced Tocororo, which hit #1 on jazz charts. Hailed as “extraordinary” (DownBeat) and “most enchanting” (NPR), Ganavya’s last album, Aikyam: Onnu was described in The New York Times as “majestic . . . a thick ephemera, like smoke as dark as ink, just coming off the fire.”

Some recent works from the past year include beginning the Peter Sellars-directed Vimalakirti Sutra Chapter 7: The Goddess, a work composed for and by Ganavya to perform; Daughter of a Temple (2019), a composition for sound installation that draws from Alice Coltrane-Turiyasangitananda’s Monument Eternal which premiered at the 13th Bienal de la Habana in Carrie Mae Weems’s The Spirit that Resides, and Atlas Unlimited: Acts VII – X, a 64-hour performance telling the story of Zakaria Almoutlak, a Syrian refugee. Her most recent writing is a collection of 100 short essays for John Zorn’s acclaimed Arcana: Musicians on Music series.