For the last 30 years I have been deeply involved in the cultural and musical scene writing stuff, making websites, booking hundreds (perhaps thousands…) of artist worldwide, taking tones of pictures (specially analog…), attending to thousands of shows, spending thousands of nights (and days…) hanging with my brothers and sisters, the musicians, walking by their side on an everyday basis, witnessing their struggle and success and sharing lots of amazing moments and energy. I think that based on this background, the guys behind ACT4MUSIC decided that I did, once again, what I always loved doing, CONNECTING PEOPLE.

Oh… by the way, I used to disorganize a jam session for 16 years straight, every Monday night for 5 hours, beatboxing, clowning, laughing, crying and driving musicians and audiences mad crazy for as long as it lasted. WTF JAM SESSIONS.

Enjoy the ride with this BARCELONA ROAD CROSSINGS sets. This musicians a lovely human beings!! 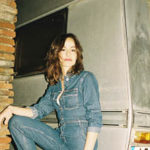 Meritxell Neddermann is a piano player, singer and composer from Barcelona. She started with classical piano when she was seven and in her teens became interested in Jazz. She later studied in piano Jazz in Berklee College of Music.

Very focused on Neo Soul, hip hop and Gospel music, she moved to NYC in 2014 to keep playing and she became involved in the indie scene.

In 2017 Meritxell moved back to Barcelona and started working on her solo album. “In the backyard of the castle” is her first record and it was published on March 2020. This album has a short version and an extended version that includes many interludes and longer versions of the songs. The lyrics are in both English and Catalan and all the compositions were written from the piano. The band, comprised by Josep Munar, Martín Leiton, Juan Berbín and Borja Barrueta will play concerts around Spain in 2020.

He began his musical studies self-taught at the age of 6. His teachers were Diego Schissi, Guillermo Romero, Claudio Spector and Sergio Morales.
In 2003, he was awarded a scholarship to study at Berklee College of Music, Boston.
In 2006 he made an extensive tour in Europe of 25 concerts in Austria, Switzerland, Germany and Croatia.
In 2009, he was awarded by the Clarín Awards as “Revelation Jazz Musician”.
In 2017 he was the winner of his first Latin Grammy. For 4 years, he was part of Pedro Aznar’s group, with whom he toured extensively around the world. He also formed the Javier Malosetti trio for 8 years, with whom he toured throughout the country and recorded 5 albums.

He forms his trio with Pipi Piazzolla and Jerónimo Carmona, who is sometimes accompanied by the San Martin Symphony Orchestra.
He also forms an electric trio, together with Pablo González and Andrés Pellican.
In addition, he integrates the groups of Javier Malosetti and Oscar Giunta.
Currently he works as a teacher holding masterclasses throughout the country. 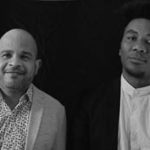 The wish of mixing afro-bahian rhythms with jazz inspired two brasilian musicians and friends to play together. Although they took different professional paths they share a very close origin. Now, their paths crossed in Barcelona where they started a new project together.
The will not only to create this new music but also to share it brought them to form a duo. Their musical concept consists of the fusion of afrobrasilian keys and rhythms with jazz harmonies.

Highly referred in the Brazilian music scene Jurandir Santana has worked with some of the biggest Brazilian artists such as, Gilberto Gil, Daniela Mercury, Jaques Morelenbaum, Seamus Blake and Toninho Horta
Along with recording with many successful artists, Jurandir Santana has released two albums under his own name.
“Só Brasil”  (Maritaca label, São Paulo) which won the Braskem prize for best album. Last year he released “Um Segundo” under the Temps Record label (Barcelona).
Jurandir Santana is considered one of the greatest Brazilian guitarists, famous for his impressive technique, unique style and musicality, fusing traditional music from North East Brazil with his own fresh and vibrant contemporary jazz.

From Bahia, Brazil, Joander Cruz is a young and experienced saxophone and flute player. He studied at the Federal University of Bahia and he recently got his Master Degree in Jazz Performance at Mannheim University of Music and Performing Arts.
He has performed in festivals and clubs throughout South America, the US and Europe. He has already played with famous and recognized artists and groups from all over the world such as Joshua Redman and Orkestra Rumpilezz, the Youth Orquestra of Bahia, Dave Liebman, Mou Brasil, Jurandir Santana, Linda Briceño, Michael Küttner, Jürgen Seefelder, Lula Nacimento and Rowney Scott among others.
He is currently based in Barcelona where he is starting up new projects and working on his debut album, which will be released in 2020. 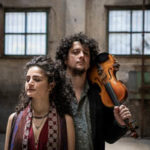 An intersection of paths. A series of life coincidences. The proof that every being is exactly where it is supposed to be. This is STILL LIFE, an original music project, based in Barcelona.

STILL LIFE was born as a violin solo project (2017), during a week of isolation at home due to João being ill. It became a duo when João met Margherita as a result of one of life’s coincidences. They met in the city of Porto (Portugal), in “Rua da Alegria (“Happiness Street”). This was the moment when Still Life’s music started to have a vocalist and lyrics.  The name of this project comes from the “still life” we use in our music: pc, pedals, cables, effects, loops. João records the music background using a loop station, which gradually enriches it with effects and sounds, creating a magnetic and enveloping atmosphere, where simple melodies with pure meanings and emotions come to life.

In January 2018 Margherita moved to Barcelona and they started to work together regularly. Everything has flowed so naturally that in June of the same year they released the first album (“Still Life”), and in the beginning of 2019 the second album (“Dream Machine”) came out.

With the lyrics connected to nature and primordial emotions, our goal is to share a message of hope, literally enclosed in the expression “Still Life”