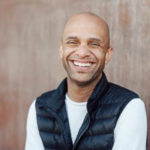 A Memphis native, Marcus Finnie began playing drums at church accompanying his mother on organ. During this time, he practiced to vinyl records from Billy Cobham to Earth Wind and Fire. At age 4 he sat in with a band on Beale Street at Rum Boogie Cafe. At the age of thirteen while playing at Olivet, he met Grammy winning jazz saxophonist Kirk Whalum and after college would tour and record with him going on twelve years. Once he left Memphis for Middle Tennessee State University, he furthered his musical experience in marching band, jazz band, and orchestra. He then switched his major to the school’s most popular major, Recording Arts to learn production and studio techniques. While in college he interned with Grammy Producers Cedric and Victor Caldwell where he got to record with Smokie Norful, T.D. Jakes, Vickie Winans and Donnie McClurkin. After college that year, one gig led to another that led to another. Shortly after college he got the call to go on the road with Donna Summer. While on the road with her, he met Billy Preston and in between Donna’s tour he went out with Billy Preston and Larry Carlton traveling overseas numerous times within weeks. Later on he would go on to tour South Africa with Earl Klugh and shortly after, BWB (Rick Braun, Kirk Whalum, and Norman Brown). During this time Kirk also recorded his fourth volume of The Gospel According to Jazz which featured his current band along with several special guest artists. While living in Nashville, Marcus has recorded, toured and performed with Kirk Whalum, Keb Mo, Taj Mahal, Lady Antebellum, India Arie, Lalah Hathaway, Nelly, Sheléa, G-Love and Special Sauce, Ana Popovic, Jacob Whitesides, Michael McDonald, Take 6 and several others. 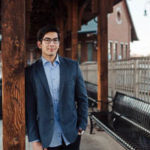 California native David Rodgers is one of the most exciting talents in Nashville’s jazz scene today. Currently an active member of Keb’ Mo’s band as keyboardist, he has also recorded on numerous records including Keb’s Grammy-winning Oklahoma (2019). He has toured and performed worldwide at the Montreux Jazz Festival, North Sea Jazz Festival, and the Playboy Jazz Festival, among many others. David holds a bachelor of music degree from Vanderbilt University’s Blair School of Music where he pursued both classical and jazz piano performance, and holds a masters of music degree from Belmont University where he studied commercial composition.

Combining his classical training with deep improvisational roots, David is the winner of the 2016 James Miltenberger International Jazz Piano Competition, and has also performed with several regional orchestras, most recently with his very own composition, “Concerto for Jazz Piano & Orchestra.”

His compositions have been performed and recorded internationally, including guest appearances at the 2018 Jazz Education Network’s Young Composers Showcase where the U.S. Airmen of Note played his winning big band composition, as well as in Canada where he was invited to the Banff Centre’s International Workshop in Jazz & Creative Music. In addition to being an active Korg-endorsed artist, he was also a finalist for ROLI’s first-ever International Next Awards for which he was invited to London to perform as a soloist.

He has released two albums as a leader: his 2017 genre-bending, debut project Songs For A Generation; as well as his 2019 album, Doorways. 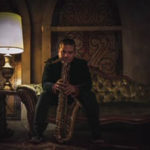 Saxophonist / Composer / Educator Miqui Gutierrez was born in Lima, Peru and raised in the United States.  Studying saxophone performance from an early age and throughout college at the University of MD College Park, his early influences included Cannonball Adderley, Charlie Parker, Phil Woods, Kenny Garrett and Steve Coleman.   In the following years, this list grew to include everything from contemporary minimalist classical composers Steve Reich and Philip Glass to Film Composers Johann Johannsson and Hans Zimmer.  Pop producers and  DJ top liners such as Zedd, Flying Lotus, Thundercat, and Trent Reznor have played a major role in recent years.  Throughout his career, Miqui has added numerous instruments to his repertoire.  These instruments include flute, clarinet, piano, Native American flute, Armenian duduk, and Peruvian ocarina and zampona.

Currently based in Nashville, TN, this artist has had collaborations and professional relationships with VH1 House Of Style, Peter Keys(former member of Parliament Funkadelic and current keyboardist to Lynryd Skynyrd), Sean Rickman of Steve Coleman and the 5 Elements, John Cowan (Doobie Brothers), as well as co-bills with Wyclef Jean, 311,  Cyprus Hill, and Jackie Greene (Black Crowes).

The intrigue of frequency and texture manipulation as a performance tool began by incorporating effects pedals and looping capabilities.  In tandem with these techniques, the study of vibrational healing and the use of analog sound machines gives more of a palette and versatility to his already classic and contemporary study of music and his instrument(s) of choice.  Practicing a philosophy of leaving the world a bit brighter than before while being empowered personally and professionally gives each performance and collaboration its own tailored sound and energy. 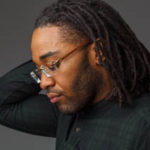 Jay White is a New York City native who was shaped from a rich heritage of artistic influence. From an early age he exhibited a proclivity for all things musical. From drums & percussion to the bass & vocals his mastery of these talents has placed him before audiences worldwide. As an artist Jay promotes the idealism of universal love, The “Jay White sound ” is an encompassing blend of the genres R&B, Jazz, Country and Gospel a rich musical tapestry that serves only to amplify his message of love universally for all. As a refined singer/songwriter and musical performer Jay released his debut album “Larger Than Life”… This project possesses an intense jazz sound with a mixed blend of old school R&B. His sophomore release “Artistic Genetics”, continues to deliver and showcase the dynamically faceted talent that is Jay White. As a music ambassador with the band Bokante, Jay has shared not only his music but his humanitarian self with the world, educating and assisting underprivileged communities as far as the UAE earlier this year. Jay has performed with such renowned artist as Amos Lee, Bokante, Gloria Gaynor, Michael McDonald, Rita Ora , After 7, Karen Clark Sheard and The legendary gospel pioneer Elder Timothy Wright. Jay names his father Jeffrey L. White, I, Twinkie Clark, Fred Hammond, Prince, Marvin Gaye and Donny Hathaway as his major musical influences. Jay is currently touring with Amos Lee and preparing to release his 3rd recording project. Jay resides in Nashville, Tennessee where he continues to expand his musical footprint.