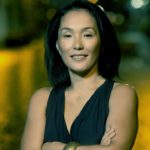 “Rio Sakairi has single handedly influenced New York’s current jazz scene more than anyone I know,” proclaims jazz pianist, Harvard Professor, and 2013 MacArthur “genius” grant winner Vijay Iyer. As the Artistic Director at The Jazz Gallery since 2000, Rio Sakairi has helped to identify and nurture some of today’s most important jazz artists. By seeking out the next generation of creative jazz players and composers and by guiding and nourishing their artistic visions over the span of nearly two decades, Rio has had a significant impact on the jazz scene in New York and beyond. Her focus and vision have been decisive in putting The Jazz Gallery on New York’s cultural map and gaining the worldwide recognition that the venue enjoys. In Iyer’s words, “Rio  has helped launch the career of virtually every notable jazz artist under 50 that I can think of. Her tireless efforts have rejuvenated the music and galvanized the musical community.” Rio’s contributions were recognized in 2016, 2014,  and 2010, when The Jazz Gallery received the CMA/ASCAP Award for Adventurous Programming. She also received the 2016 Jazz Hero Award from the Jazz Journalist Association.  Veteran critic Ted Panken has observed, “Jazz would not sound the way it does today had not The Jazz Gallery served as a locus for New York’s polyglot musical community to exchange ideas and work on moving to the next step.” 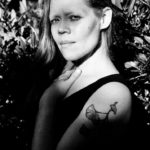 Mobile since her birth in Singapore, composer and saxophonist Caroline Davis lives in Brooklyn, New York. Her music covers a wide range of styles, which is owed to her shifting home environment as a child.
Davis’ debut album, Live Work & Play (2012), was featured on All About Jazz’s best releases, and she was one of JazzTimes’ Best New Artists of the year.
Her second album, Doors: Chicago Storylines, is an audio documentary that uniquely sets stories from Chicago’s most active musicians from the 80s and 90s alongside her compositions. In 2018, she won the Downbeat Critic’s Poll “rising star” in the alto saxophone category.
Caroline’s third album, Heart Tonic, was released on Sunnyside Records to much acclaim in NPR, the New York Times, and DownBeat. Davis’ self-titled Alula, featuring Matt Mitchell and Greg Saunier, was released on New Amsterdam Records in May of 2019, and Persona’s Anthems, a collaboration with pianist Rob Clearfield, was released in September of 2019.
Since living in New York, Davis has become active as both a side-person and a leader in a diverse set of music communities (jazz, improvised music, modern classical, R&B, folk). She has shared musical moments, most recently, with Lee Konitz, Angelica Sanchez, The Femme Jam, Matt Mitchell, Terry Riley, Miles Okazaki, Matt Wilson, Thana Alexa, and Billy Kaye. Her collaborations include Maitri (with Ben Hoffmann) and Persona (with Rob Clearfield).
In March of 2019, Davis was a composer-in-residence at the esteemed MacDowell Colony and in the same year, was awarded the Jerome Hill Artist Fellowship for her work. Her compositional practice integrates music with the cognitive sciences, anatomical structures, and the brain, influenced by her Ph.D work in Music Cognition. 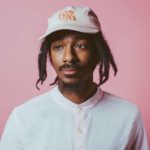 “Chicago native and newly minted Blue Note artist Joel Ross is a “bright young vibraphonist on his own rocket-like trajectory.” (Nate Chinen, The New York Times). Joel has performed with many of jazz’s most lauded artists including Ambrose Akinmusire, Christian McBride, Marquis Hill, Gerald Clayton, Louis Hayes, Melissa Aldana, Wynton Marsalis and Herbie Hancock, among others. He leads his own group Joel Ross’ Good Vibes, among other projects, and recently released his debut album “KingMaker” on Blue Note in 2019. He is currently based in New York City.“ 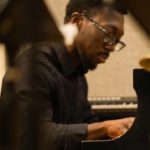 Los Angeles based pianist Paul Cornish strives to inspire freedom and collaboration in his music and community. Currently the pianist for the Herbie Hancock Institute of Jazz Performance, he regularly performs at premier venues around Los Angeles and has been heard on stages around the world from Europe, Australia, and Brazil to Carnegie Hall. He is the winner of the 2018 American Jazz Piano Competition. Also an accomplished composer and educator. He was a finalist in the ASCAP Young Jazz Composers Competition and is on faculty at the Stanford Jazz Workshop. Growing up in Houston, Texas and attending the world-renowned High School for the Performing and Visual Arts, Paul follows a lineage of top pianists from Houston such as Jason Moran, Robert Glasper, Helen Sung, and James Francies.

Meza is musically inspired by jazz guitarists like George Benson and Pat Metheny as well as being influenced by South American music and folk, she first studied with Jorge Vidal and Jorge Díaz. Increasingly oriented to Claudia Acuña from the mid-2000s she worked on the jazz scene of her hometown, where her first recording Giovanni Cultrera, Espinoza y Cia (Navidad en Jazz) was released in 2005. In 2007 she presented her debut album Skylark (Stateside).

In 2009 Meza moved to New York to study guitar at The New School with Peter Bernstein, Vic Juris and Steve Cardenas. Since then she also has worked on the New York jazz scene with Ryan Keberle (Into the Zone, 2014), Lucas Pino, Fabian Almazan and directs her own jazz octet, The Nectar Orchestra. She recorded for Sunnyside Records the album Traces (2016, with Shai Maestro, Matt Penman, Kendrick Scott, Bashiri Johnson, Jody Redhage, Sachal Vasandani), sings Spanish and English, and won two Independent Music Awards as the Best Adult Contemporary Album and Best Latin Song (“Para Volar”). Also on the albums Find the Common, Shine a Light by Ryan Keberle and Sounds from the Deep Field by Bryan Copeland she seemed outstanding in the opinion of the critics.[2]

As a singer she can also be heard on Carolina Calvache’s Ballad “La Última Vez”. In 2017 the Camila Meza Quartet performed at the Festival Jazzahead. The following year she brought Gina Schwarz as part of her Pannonica project, Porgy &amp; Bess in Vienna.[3] Meza was nominated in the category of guitarist and female singer as a Rising Star in the critics poll of the Down Beat in 2018[4]

Nate Chinen described Meza’s vocals as “an appealing combination of lightness and depth […], that sings with a bright, clear voice against the agile uproar of a world-class band.” in The New York Times.[1] The discographer Tom Lord lists them between 2005 and 2015 with participation in eight recording sessions.[5]