I Am Here Now 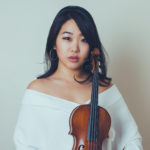 An Avery Fisher Career Grant recipient and a top-prize winner of the Walter W. Naumburg Competition, Kristin Lee is a violinist of remarkable versatility and impeccable technique. Lee has soloed with the Philadelphia Orchestra, St. Louis Symphony, and St.

Paul Chamber Orchestra and has performed at Carnegie Hall, Avery Fisher Hall, and the Kennedy Center. She is an Artist of the Chamber Music Society of Lincoln Center and the Artistic Director of Emerald City Music. Kristin Lee holds a master’s degree from the Juilliard School, where she studied with Itzhak Perlman and Donald Weilerstein and taught as Perlman’s assistant as a Starling Fellow. 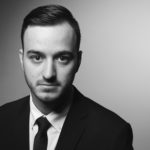 Victor Caccese is a founding member of the Brooklyn-based percussion quartet, Sandbox Percussion. As a member of Sandbox, Victor has performed over 150 concerts worldwide and taught at institutions such as The Peabody Conservatory, The Curtis Institute, Michigan State University, Vanderbilt University, University of Kansas, and University of Massachusetts Amherst. ​Victor has collaborated with composers such as Amy Beth Kirsten, Andy Akiho, David Crowell, James Wood, John Luther Adams, and Thomas Kotcheff. ​In the Spring of 2020, along with Sandbox Percussion, Victor will give the world premiere of an evening-length work by Andy Akiho entitled ​Seven Pillars at the Mondavi Center in Davis, CA. Next summer Victor will teach and perform at the fifth annual NYU Sandbox Percussion Seminar, a chamber music festival accepting students from around the world to study and perform some of today’s leading contemporary percussion pieces.

Also a composer and arranger, Victor has written a number of pieces for percussion. His works have been performed by Sandbox Percussion more than 50 times throughout the United States. While music and percussion is at the core of his professional life, Victor has also worked as a photographer and videographer. As head of media and content development for Sandbox Percussion, he has developed and maintained a YouTube presence consisting of performance videos, workshop documentaries, and travel vlogs.

Victor holds degrees from the Peabody Conservatory and the Yale School of Music. He is also a member of The Percussion Collective, a stunning ensemble founded by performer and pedagogue Robert van Sice. ​Victor serves on faculty at the Dwight Conservatory in Manhattan and was a visiting artist at the University of Massachusetts Amherst with Sandbox Percussion as the ensemble in residence in the Fall of 2019. Victor endorses Pearl/Adams instruments, Vic Firth drumsticks, Remo drumheads, Zildjian Cymbals, and Black Swamp accessories. 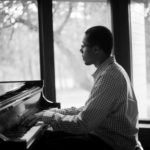 A member of the Young Steinway Artists roster and critically acclaimed, “a clear technical virtuoso”, “a rare talent”; “a true Wunderkind”, pianist and native Chicagoan Jeremy Jordan burst on the music scene at age 9 playing Beethoven’s Piano Concerto No. 1 in a live televised performance, followed by appearances on the acclaimed radio program From The Top and From The Top: Live from Carnegie Hall performing Liszt. He has twice again appeared at Carnegie Hall playing Chopin, Liszt, and Wagner.

Jordan attended the Juilliard School where he received
undergraduate and graduate degrees in piano performance, studying on the Van Cliburn and Irene Diamond scholarships. He made his concerto debut with Maestro Alan Heatherington and the Ars Viva Symphony Orchestra playing Grieg, followed by performances and
recordings of the Prokofiev Piano Concerto No. 1 and Rachmaninoff Piano Concerto No. 1 with the Chicago Sinfonietta and the Czech National Symphony Orchestra under the baton of Maestro Paul Freeman.

Mr. Jordan subsequently performed solo and chamber concerts throughout Europe and America including Carnegie Hall, the Concertgebouw in Amsterdam, Rudolfinum in Prague, Chicago’s Orchestra Hall and the Ravinia Festival. Other notable performances include his appearances with renowned clarinetist Anthony McGill and cellist Yo-Yo Ma, recitals for the American Liszt Society in California and New York, and his own Juilliard lecture-recital celebrating the bicentennials of Liszt and Wagner.

In 2011, Jeremy Jordan was featured in a ‘live’ interview on Chicago’s WFMT Radio program Impromptu with Kerry Frumkin where he performed his own transcriptions of Liszt/Horowitz, Wagner, and Saint Saens. 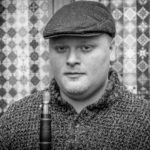 Praised by Opera News for his “exemplary clarinet playing,” Mark Dover’s vast array of musical experiences have helped him establish himself as one of the most diverse clarinetists of his generation. In January of 2016, Dover joined Grammy-nominated wind quintet, Imani Winds. As both part of Imani Winds and as a featured artist, Dover has collaborated with pianists Gil Kalish, Fabio Bidini, Jon Nakamatsu, and Alpin Hong; violinists Caroline Goulding, Alexi Kenney, and Francesca de Pasquale; and cellist Brook Speltz of the Escher String Quartet. Dover has conducted master classes at the University of Michigan School of Music, Theatre, and Dance, Manhattan School of Music and Rutgers Mason Gross School of The Arts. Dover has performed with the Detroit Symphony under Leonard Slatkin, the Cleveland Orchestra under David Zinman at the Kent/Blossom Festival, numerous times with the New World Symphony in Miami Beach, and other symphony and chamber orchestras throughout the Northeast. Dover has participated in numerous festivals, including Pacific Music Festival in Sapporo, Japan, and the Spoleto Festival, USA.

Dover is committed to new music, and has given several world premieres of works written for him. In 2017 Dover commissioned Jonathan Ragonese’s Non-Poem 4 and gave the world premiere live on WFMT Chicago and WKCR NYC with pianist Jeremy Jordan as part of the Live at National Sawdust series. In 2015, Dover performed the world premiere of Michael Thurber’s Quadruple Concerto, Three Musketeers, commissioned by and broadcasted nationally on NPR’s From the Top with the Interlochen Arts Academy Orchestra and soloists Kris Bowers, Charles Yang, and Michael Thurber.

In addition to his work in the classical world, Dover has an extensive background in jazz and improvised music. He is a frequent collaborator with Vulfpeck, an American funk band formed in his hometown of Ann Arbor, Michigan. His playing can be heard on their album, Thrill of the Arts. Dover has performed and/or recorded with numerous jazz, pop, and soul musicians, including Edward Simon, Brian Blade, Scott Colley, David Binney, Bernard Purdie, Cyrille Aimée, Darren Criss, Theo Katzman, Joey Dosik, Dave Malloy, Phillipa Soo, Stephen Pasquale, Michael Thurber, and Charles Yang. A graduate of Interlochen Arts Academy, Dover received his masters of music from Manhattan School of Music and his bachelor of music from the University of Michigan School of Music, Theatre, and Dance. His major teachers include David Krakauer, Deborah Chodacki, Nathan Williams, and Jay DeVries. 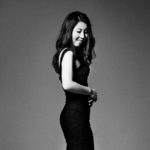 Praised for “genuinely memorable performance” by BBC Music Magazine, pianist Miki Aoki is widely recognized for her diverse abilities as pianist and as a collaborative artist. Ms. Aoki is recording exclusively for German Label Hänssler Profil. Her debut album of Zoltan Kodaly’s piano works was released in the fall of 2011 and won critical acclaim. The second CD, The Belyayev Project, featuring fascinating compositions varying from solo piano works by Liadow, Glazunov and Blumenfeld and the piano Trio by Rimsky- Korsakov was released in 2013. The Fanfare Magazine praised it as “graceful, expressive and transparent performance” and The Ensemble Magazine (Germany) wrote, “…pianist Miki Aoki interprets magically”.

Her third CD, Mélancolie was released in May 2016 and was awarded a special prize by Japanese music magazine “Record Geijutsu” and was featured in the program, New Classical Tracks on Classical MPR. Her newest recording Tokyo Story was released in 2018.

Highlights of the previous seasons include a solo tour in South Africa as well as chamber music performances at the St. Petersburg Philharmonic Hall, Munetsugu Hall in Nagoya, and a solo recital at Philia Hall Yokohama. Ms. Aoki made her Mexico debut with Orquesta Sinfónica del Estado de México under maestro Enrique Bátiz in November 2016.

Ms. Aoki joined Munich ArtisTRIO in 2017 and is currently a teaching assistant at SUNY Stony Brook in New York where she is pursuing DMA under the guidance of Gilbert Kalish.