From Paris with Love

Sélène is a young afro-french contrabassist, singer and composer with Caribbean and west African origins. Based in Paris, France, she develops her own identity traveling the world, learning about different cultures (Cuba, USA, North Africa, Spain, Italy, West Indies…) In the greek mythology, Séléné (daughters of the Titans Hypérion and Théia) represent the goddess of the full moon. Mesmerized by the beauty of this natural satellite of the Earth, Saint-Aimé uses selenography (study of the surface and physical features of the Moon) in her compositions. Sélène will present some of the music and poems from her upcoming debut recording “Mare Undarum”, exploring the world of lunar seas like an autobiography. These large basaltic plains formed by ancient volcanic eruptions and meteorites impacts reveal inevitable flaws and cracks of life… 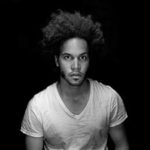 Tony Tixier was born in Montreuil and studied classical piano at the conservatory. He made his first stage appearance at age seven. He studied choral, classical harmony and counterpoint, writing and composition. He obtained his diploma of 12 years of graduation (DFE) musical training with honors and his 14 years of classical piano DFE in Pascal Gallet’s class. In 2009, Tixier signed Parallel Worlds, his first album in septet with bold orchestral writings that defines itself as a laboratory of sounds and climates, perfectly illustrating his clear interest in orchestration and musical research. In 2012, he joined the SpaceTime Record label for which he recorded the album Dream Pursuit with his quartet featuring Justin Brown, Logan Richardson and Earl Burniss Travis. The album was labeled a “revelation” by Jazz Magazine. In 2012 he opened for Herbie Hancock at the Jazz En Tete Festival in Clermont-Ferrand with his twin brother, violinist Scott Tixier. In 2013, he founded the chamber ensemble Moon Paradox for which he composed a concertino for piano and string quintet in seven movements, mixing classical writing with jazz and contemporary music. In addition, he led an intense concert activity in France and abroad. In 2014, Tony and Scott Tixier starred in commissioned work by the Artist Janet Cardiff. They also improvised and composed the music for this project that was a part of the inaugural program for the Louis Vuitton Foundation Paris (building architect Frank Gehry). In 2015, he began to play at Radio City Music Hall as the pianist for the NBC TV show America’s Got Talent In 2016 he played on The Tonight Show Starring Jimmy Fallon and performed in a Tommy Hilfiger campaign with top model Gigi Hadid. In 2017 Tixier signed as an exclusive Yamaha Artist for Yamaha music corporation. 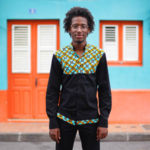 Veledictorian of the 2014 class of the IMEP (International Music Educator of Paris) and graduate of the «Pôle Supérieur de Musique de Paris”, Xavier Belin is a pianist, arranger and composer from Martinique. His encounters with accomplished musicians such as Yaron Hermann, Bojan Z or Rick Margitza, together with his experience as a pianist at the Palace “Le Crillon Paris”, make him a promising performer. In 2018, he created his first project “Pitakpi” with which he has already won the jury prize and the public prize for the prestigious springboard “Golden Jazz trophy 2019”.  Xavier Belin has already won a large audience with his mixed piano playing and his inspired compositions. 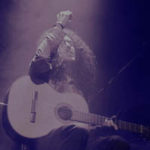