Double Down (Duos in LA) 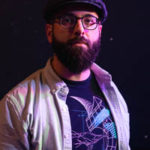 Dean Mucetti is a drummer, bandleader, and music educator from the Los Angeles area. Born to immigrant parents from Cuba and Italy, Dean began playing drums in his teenage years, and navigated down a winding road that led to his eventual graduation from the California Institute of the Arts (CalArts) in 2007 with a Bachelor of Fine Arts degree. He spent his time at the college not only studying music, but also teaching for the award-winning Community Arts Partnership (CAP), which is a co-curricular program of CalArts that offers free after-school and school-based arts programs.

After graduating, Dean continued teaching music as part of the Drumming for Your Life Institute, facilitating drum circles in juvenile detention centers across Los Angeles. This led to him beginning a career as a full-time middle school music educator in the underserved community of the northeast San Fernando Valley. Dean continued his academic pursuits by obtaining a Master of Education degree and a Single Subject Teaching Credential in Music.

In order to find a way for some of his former music students to gain playing experience after high school, Dean formed a band called Rhythm Real in August of 2015 as a workshop ensemble. Since then, the band has been bringing together the talents of younger players with a few more experienced musicians in order to facilitate a collaborative meeting of diverse musical, cultural, and generational backgrounds. This has resulted in Rhythm Real playing some of L.A.’s most coveted “jazz” clubs such as the Baked Potato in Studio City, the Blue Whale in Little Tokyo, the World Stage in Leimert Park​, and Catalina Bar & Grill in Hollywood. After years of playing live, the band has begun writing and arranging material for what is to be their debut album. 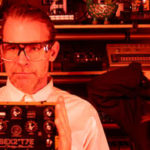 Throughout his wide-ranging career, Tim Lefebvre has amassed a reputation for being one of the world’s most innovative bassists. He can be heard on over 150 recordings, ranging from Grammy award-winning albums such as David Bowie’s Blackstar to the soundtracks of classic films such as The Departed.

Singer and Keyboardist Rachel Eckroth’s most recent work as a sideman includes world tours with Chris Botti, KT Tunstall, and Rufus Wainwright. In 2018-2019 she performed as a solo artist on the Rufus Wainwright’s ‘All These Poses’ Tour with her album, When It Falls. This acclaimed album has been described as, “A lush soundscape of incredibleness from start to finish…her writing abilities are surpassed only by her amazing voice.” (Indie Voice Blog) 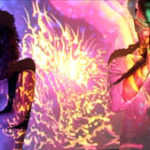 Aubre Hill is an international dance artist, choreographer, educator, and event producer. Aubre has been a professional dance artist for over twenty years, touring and assistant directing large ensembles across the United States, Europe, Egypt, Morocco, China, Taiwan, and Japan. She has directed numerous dance companies in full theatre productions as well as nightclub, weddings, and cultural context environments, and has trained and taught a generation of dancers some of whom have moved into full professional careers within dance. She is on faculty at California State University, Los Angeles teaching accredited courses in pilates, fitness, and dance. Aubre has choreographed full dance theatrical productions and is the artistic director and choreographer for the Lumina Dance Company, the Qabila Folkdance Company, and the Beyajja Dance Theatre. Additionally she has produced a wide range of events and performances bringing the community together in celebration of Middle Eastern Dance including monthly haflas, dance festivals, long running showcases, workshops, intensives, lectures, and more. www.aubrehill.com

Dan Rosenboom is a creative and prolific trumpet artist, composer, producer, Los Angeles studio musician, and founder of Orenda Records. Described as a “phenomenon” by the Los Angeles Times, he has produced over 25 albums of original music with a variety of ensembles, including his latest release Absurd In The Anthropocene, and has been featured on renowned stages and festivals around the world, from the Monterey Jazz Festival to Madison Square Garden, the Hammersmith Apollo, and the Hollywood Bowl. Rosenboom performs with his own ensembles, as well as Burning Ghosts, DR. MiNT, the Modern Brass Quintet, and the Vinny Golia Sextet, and has worked with such notable film composers as John Williams, Hans Zimmer, Alan Silvestri, Danny Elfman, Alexandre Desplat, James Newton Howard, and many more. Dan Rosenboom is a Yamaha Performing Artist. www.danrosenboom.com 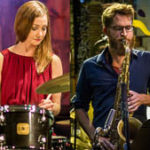 Los Angeles musicians Andrew Conrad and Tina Raymond met in Charlie Haden’s class, “The Spirituality of Improvisation” at California Institute of the Arts in 2008.

Raymond, a drummer/percussionist/educator, is the incumbent Director of Jazz Studies at California State University Northridge. A mainstay on the Southern California jazz and contemporary improvised music scene, she performs regularly on drum set with an array of artists including David Tranchina’s Large-ish Ensemble, John Tegmeyer, Bobby Bradford, Vinny Golia, and the Cathlene Pineda quartet. She can be heard on many records including her highly praised debut album “Left Right Left” (Orenda Records) released in 2016.

Single reed artist Andrew Conrad is a co-leader of the award winning improvisational jazz quartet Chord Four. He performs with many Los Angeles based ensembles including Orkestar Meze, Industry Opera Company, and the Trevor Anderies Quartet. An avid composer, Conrad has written music with Poor Dog Group and Chord Four. His interesting and thoughtful compositions can be heard on his 2016 trio record entitled “Screaming While Playing” (Orenda Records). He is a transcriptionist, copyist, and orchestrator for JoAnn Kane Music Service.

Due to COVID-19, they have been self-isolating since March in their Hollywood home and have postponed their wedding until June 2021. 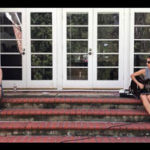 Kenton Chen and Molly Miller met while they were both studying at USC’s renowned Thornton School of Music. They have been making music together for almost a decade. Kenton first gained national attention on NBC’s The Sing-Off. Since then, he has lent his voice to multiple artists/projects, most notably Postmodern Jukebox, Scary Pockets, Katy Perry, Billie Eilish, and The Simpsons. You can catch him on TV in the latest season of Perfect Harmony, and listen to his music online with his band Bridesmen. Dr. Molly is one of Los Angeles’s most sought-after musicians, recording and touring with artists such as Jason Mraz, Black Eyed Peas, Donna Missal, and Morgxn. Soon after earning her Doctorate in Musical Arts from the University of Southern California in 2016, she became the chair of the Guitar Department at Los Angeles College of Music, a position she still holds. You can catch her in the house-band on The Bachelor’s newest ABC primetime show, Listen To Your Heart. Kenton and Molly have played in countless projects together. Both Kenton and Molly are based in Los Angeles.