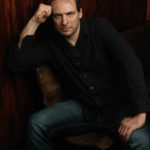 Ari Hoenig (born on November 13, 1973 in Philadelphia, Pennsylvania), is a jazz drummer, composer and educator known for his unusual and intense approach to drumming emphasizing complex rhythms in direct harmony with other group members. Ari is widely noted particularly for his drumming not being relegated to just keeping tempo, or being a side issue to the music he plays in, but rather for elevating drumming as an indispensable part of the performance.

Hoenig is also known for his unique ability to modify the pitch of a drum by using drum sticks, mallets, and even parts of his body (such as his hands and elbows). Using this technique, he can play any note in the chromatic scale, virtually any melody, and even improvise on a chord structure in the same way as any other instrumentalist would.

Hoenig was born into a family of classically trained musicians. His father being a choral conductor and mother a violinist, he was exposed to classical and folk music at an early age. He played both piano and violin as a child, then rock and metal drums as a teen before settling into jazz and improvised music.

Ari has recorded written and produced 14 cd’s as a leader. He has written and published 3 educational books, 4 educational DVD’s and a songbook. Currently, his group tours worldwide and performs regularly at the legendary New York jazz club Smalls.

Ari is currently touring and performing with his trio of Nitai Hershkovits on piano and Or Bareket on bass as well as his nonet and quartet which he won the BMW Welt competition in 2013. 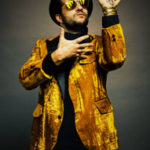 Munir Hossn is a Brazilian producer, composer, and multi-instrumentalist whose compositions and arrangements are a fusion of many different countries and cultures. His Angolan, Arab, Italian, and indigenous Brazilian heritage have inspired his unique musical aesthetic. Munir Hossn has produced, arranged for, and collaborated with internationally acclaimed artists and bands such as Joe Zawinul Syndicate, Quincy Jones & The Global Gumbo All Stars feat. Alfredo Rodriguez, Concha Buika, Didier Lockwood, Hermeto Pascoal, Roberto Mendes, Paco Sery, Roberto Fonseca, Jorge Pardo, and Mayra Andrade, among others. 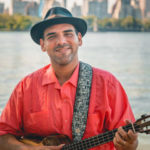 Latin Grammy-winning cuatro player, mandolinist and musical producer Jorge Glem is without a doubt one of Venezuela’s musical treasures. Born in Cumaná, Venezuela, Glem— who currently resides in New York City— is on a mission to present the Venezuelan cuatro as a universal instrument. His amazing talents have allowed him to share the stage with Paquito D’Rivera, Jordan Rudess, Rubén Blades, Carlos Vives, Calle 13, Natalia Lafoucarde, Gaby Moreno, Guaco, Desorden Público, Ensamble Gurrufío, Gualberto Ibarreto, Etienne Charles, and many other important music personalities, accomplishing the fusion of this traditional instrument in genres such as jazz, salsa, bluegrass, rock, and pop.

Jorge Glem is also a founding member of the acclaimed ensemble C4Trio, who most recently won a Latin Grammy for their album, “Tiempo al Tiempo,” with renowned salsa artist Luis Enrique. Along with this second Latin Grammy win, this dynamic ensemble has been nominated three previous times for this award and is currently nominated for the second time to the prestigious Grammy presented by The Recording Academy.

Jorge Glem has also been the winner of prestigious awards such as “El Silbón de Oro,” “Siembra Del Cuatro,” and three Pepsi music awards for his album “En El Cerrito.” With three productions of his own, Glem is also currently participating in collaborations with folk accordionist Sam Reider, as well as a unique duo project with Cuban-Venezuelan pianist, composer, and arranger, Cesar Orozco. In 2019, Glem and Orozco successfully released their first album together, “Stringwise.” Glem has participated in over 200 productions and continues touring across the U.S., Latin America, and Europe. He looks forward to many more collaborations incorporating the iconic Venezuelan cuatro. 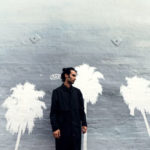 With pianist/composer/arranger/conceptualist Tigran Hamasyan, potent jazz improvisation fuses with the rich folkloric music of his native Armenia. Turning 33 in 2020, he’s one of the most remarkable and distinctive jazz-meets-rock pianists of his generation, earning plaudits from such legendary jazz pianists as Chick Corea and Herbie Hancock as well as avid listeners such as pianist Brad Mehldau. A piano virtuoso with groove power, Tigran’s latest adventurous recording for Nonesuch is this year’s compelling The Call Within.

Tigran’s career has included an impressive number of accolades, including top piano award at the 2003 Montreux Jazz Festival and the grand prize at the prestigious 2006 Thelonious Monk Jazz Piano Competition. One of his earliest albums, 2008’s New Era, was championed by one scribe who wrote that “with more seasoning and a calming maturity not driven by merely showing off, Hamasyan is certain to elevate his art to a top tier of jazz and world music expressionism.” Several years later that statement proved to be prophetic as he was applauded by NPR Music: “With startling combinations of jazz, minimalist, electronic, folk and songwriterly elements…Hamasyan and his collaborators travel musical expanses marked with heavy grooves, ethereal voices, pristine piano playing and ancient melodies. You’ll hear nothing else like this in 2015.” Hamasyan has continued to pursue their own vision, not only built on tradition but also infused with their own personality and passion for his music fueled by jazz, classical and folk music from Armenia—plus his love of heavy metal.

For his scintillating improvisation, Tigran uses the melodic content based on the Armenian music and creates the harmonic content that instead of being the minor/major classical harmonies is based on Armenian modes applied to the piano. “When I improvise I use the musical vocabulary that comes from Armenia,” he says, “but I learned the art of improvisation through bebop. I think the ability to improvise comes from whether the part of your brain has been activated to this state where you require a huge amount of knowledge and can carry this information in your brain to be executed when needed. It is the balance among knowledge, control and the mysterious creation.”

Hamasyan  has recorded on various labels throughout his career—France’s Plus Loin, Universal Music, ECM  and Nonesuch —with his electro-acoustic powerhouse trio as well as the Yerevan State Chamber Choir for his 2015 Luys i Luso project focused on Armenian sacred music stretching stylistically from the 5th century to the 20th century. In 2015, Tigran garnered the prestigious Paul Acket Award at the North Sea Jazz Festival and the following year earned the Echo Award (the German Grammy) for best international piano album of the year for his superb Nonesuch recording Mockroot. Tigran has toured internationally for a fan base that ranges from adventurous jazz aficionados to progressive hardcore metal listeners.

In the past decade, Tigran’s reputation has soared, continuing to record for such high-tiered labels as Nonesuch and ECM. He has also has collaborated in improvisational settings in Europe with such fellow stars Ambrose Akinmusire, Mathias Eick and Trygve Seim. Based in his native home of Armenia and in Los Angeles, California, Tigran has expanded his musical life, including arranging his music for trio and classical orchestra, doing commission work for the vocal group Roomful of Teeth and composing a stunning soundtrack to the 2019 Japanese film, They Say Nothing Stays the Same, directed by renowned Japanese actor Joe Odagiri.

Composed and produced by Tigran, his new album, 2020’s The Call Within, is an epic journey into the invisible inner world of the artist who, he says, despite having a physical body is living in a dreamlike world which is as realistic as the physical one.” He adds, “The artist lives in the world where the moment of the unconscious creation is the way to feel conscious. Unutterable seconds of longing, subliminal realization, and mostly joy fill the body as a work of art, a poem, or a melody is being born into this world for no apparent reason, but only for the humanity to discover what is invisible: the divine mystery.”

The Call Within also explores Tigran’s inspiration for maps from different time periods in history. He explores poetry, Christian and pre-Christian Armenian folk stories and legends, as well as astrology, geometry, ancient Armenian design, rock carvings and cinematography. The album blends the lines between historic reality and the imaginary world Comprising ten original compositions featuring Evan Marien on electric bass and Arthur Hnatek on drums, The Call Within is the most energetic and high-intensity recording of Tigran’s career. The album also features special guest artist Tosin Abasi on the furious prog-metal track, “Vortix,” and it spotlights vocalist Areni Agbabain and cellist Artyom Manukyan on “Our Film.”

Once you step out

Of the ordinary or unordinary

By the strike of the deep unconscious,

Of the space of your existence

As in the sacrifice of the 37 newlyweds

Levitating towards the light,

Who am I if I am not truly there for you with my whole being?!

Of hammers, strings and sticks.

An expedition to the known unknown

Shapes the world of your own.

On the floor rocks talking,

A life is given to take

Uttered the boy looking through the door’s keyhole,

“I HEAR!” he exclaimed

The voice of the immortal ancestor

Standing at a post-historic seashore.

Echoes of a ghost city waiting for a dive,

Glowing the Tree of Life.