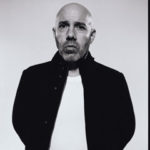 A product of the Anglican Boy choir system, the American Boy choir school in Princeton, NJ, and The University of North Texas, Walter has become a pioneer of improvisation and electronic innovations in the world of jazz. His recording career spans 20 years and his purist progressive approach to jazz music has been recognized worldwide.

Walter has performed at American jazz clubs and festivals in the U.S., Europe, the Middle East, Central America as well as over 80 tours in Russia. He has headlined at Dizzy’s Lincoln Center, The Jazz Standard, The Blue Note, and The Jazz Gallery, among other venues. 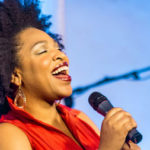 In her early years, Wade was selected as one of four artists for the Dianne Reeves Young Artist Workshop at Carnegie Hall as well as Betty Carter’s Jazz Ahead Program where she would be mentored by Carmen Lundy & Curtis Fuller and perform her original music at the John F. Kennedy Center in Washington, DC. An alumni of the famed Fiorello H. LaGuardia High School of Music & Art and Performing Arts, Wade completed her Bachelor’s Degree and Master’s Degree in Music Performance at the Manhattan School of Music.

Wade’s latest CD, Offering: The Music of Gil Scott-Heron and Brian Jackson, is a powerful re-interpretation of the poet’s musical

Wade is a passionate educator who has taught masterclasses and private lessons at various conservatories and universities including the Aaron Copland School of Music, Peabody Institute of John Hopkins University and University of Texas. She also has taught clinics and jazz camps in the U.S. and all over the world, including the NJPAC, New Orleans, UK, Israel, Croatia, Spain, Austrailia, and Taiwan. 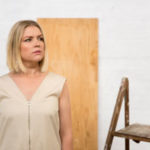 She has been a multiple finalist in the prestigious Freedman Fellowship, Melbourne Music Prize and Bell Awards. She was the recipient of the MJFF Apra Composers Commission, Creative Australia Fellowship and the PBS Young Elder of Jazz and recently won a Green Room Award in composition for theatre production Song For a Weary Throat by Rawcus Theatre and Invenio Singers.

Gian is also a long-time passionate educator and lecturer in Voice, Jazz and Improvisation at Melbourne and Monash Universities. 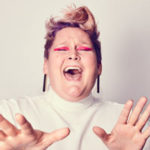 With a new album currently in the works, Emily Braden is electrifying NYC and international audiences with her fresh, soulful sound and striking stage presence.  Winner of New York City’s ‘Best of the Best’ Jazzmobile Vocal Competition, this Idaho-born, Harlem-based vocalist keeps her feet firmly planted in the jazz tradition while fearlessly exploring the range and nuance of the human voice. Her original music, co-created with producer and pianist Misha Piatigorsky, blends heavy grooves and carefully-crafted lyrics with soaring vocals, always leaving room for off-the-cuff bilingual improvisations. Inspired by personal and collective loss over recent years, Braden’s sophomore album “Cannon & Sparrow,” will be released in the fall of 2020 — “in dedication to the devastated.”  Before the COVID-19 global pandemic, Braden toured regularly and could be seen every first Friday at NYC’s famed 55 Bar. See her live and she’ll make you a believer. No two shows are the same.  “Strength of Love,” the first single off of Braden’s upcoming album will be available on all digital platforms on Friday, June 5th, 2020. Please stay visit www.emilybraden.com for all updates.