Sooya Arts – From There to Hear 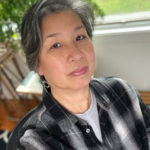 Sooya Arts, formed in 1992 by Sophia Wong, is a music management company whose focus is representing some of the most creative artists in the music world.

Sophia was born and raised in the Hyde Park / Kenwood section of Chicago as the youngest child of Chinese immigrant parents. With an architect father and a medical pathologist mother, Sophia learned the importance of awareness, individualism, and staying realistic. It was there where her growth in the arts made its start through dance and music.

Sophia continued to NY to attend the State University of New York at Purchase, graduating with a BFA in Dance. After graduating and living in New York City, she worked during the day as a modern dancer (Chen & Dancers, Mel Wong, Douglas Dunn) and supported herself working the night shift at an accounting firm. Feeling that a dance career has the tendency to be short-lived, Sophia gathered all her prior experiences of behind the scenes necessities and put that toward tour managing with Steve Coleman. This work blossomed into the start of Sooya Arts and led to the managing of several artists such as Ravi Coltrane, David Gilmore, Opus Akoben, Dave Douglas, and Lost Tribe. Currently, Sooya Arts works with Scott Colley, Steve Coleman, and Steel House (trio with Edward Simon, Scott Colley, and Brian Blade).

In addition to raising a daughter (now in college), Sophia loves making pottery (when it is possible) and training the family’s pitbull (in hopes of reversing the bias against that breed). She loves music and listening to those that create it. 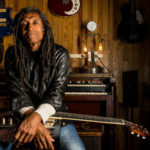 The music of singer-songwriter, ​Adam Falcon​ has been widely considered an absence of genre yet ranges from folk to rhythm and blues.

As a sideman ​Adam Falcon​ has worked and shared the stage with some of the brightest names in music. These artists include​ Roberta Flack, Sophie B. Hawkins, Whitney Houston, B.B. King, Eric Clapton, Jim Lauderdale, Robert Palmer, Peter Gabriel, and Nona Hendryx.

Writing songs for​ George Benson​ and having songs on national television got Falcon noticed by ​The SongWriters Hall of Fame,​ which honored him with the​ Abe Olman Scholarship Award​ ​for Songwriting.

For his composition, ​Woke Up Cryin’,​ Falcon became an ​International Songwriters Competition​ semi-finalist and also landed him a nomination for an ​Independent Music Award.

This duo brings together two of the most imaginative improvisers currently active in New York. Drummer Tom Rainey and saxophonist Ingrid Laubrock have been performing together in many and varied settings since 2007. Their shared experience of playing original compositions, free improvisations and even standard songs inform their musical interaction

The duo has toured extensively and released three CDs on the Relative Pitch Label.

“Any sax and drums duo requires a certain amount of connection if it’s going
to work, but few achieve the relaxed intimacy enjoyed by Laubrock and Rainey.” -The Wire

“Laubrock is a dauntless player and a sharp conceptualist. The veteran Rainey again proved that he is one of the world’s master drummers in this idiom […] One dramatic duo composition came to life after the other, the performance audibly impressing a crowd filled with aficionados. With loose-limbed virtuosity, Rainey drew music from all parts of his kit—rubbing the drumheads, rustling his sticks and mallets together, even drawing tones from the drum stool; meanwhile, Laubrock summoned an almost theatrical sound, crying, sighing and moaning through her instrument.” -Bradley Bambarger/Downbeat

“Two musicians each with intimate understanding about their counterpart’s abilities, tendencies, and artistic vision delve fearlessly into each other. Then, over the course of the encounter, we see the results unfold: forays and feints, clashes and parries, trust and surrender.” -Francis Bradley/Jazz Right Now 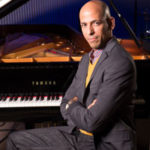 Edward Simon, a native of Venezuela, has made a name for himself over decades in America as a jazz improviser, composer-arranger, band leader and educator. DownBeat has called him “one of the strongest pianists of his generation, with intuitive empathy and drum-like ingenuity,” while Jazz Journal International has singled out “his deep emotional statements” as a composer and improviser. Based in the San Francisco Bay Area as a member of the all-star SFJAZZ Collective, he has been a Guggenheim Fellow along with being awarded multiple composition grants as part of the Chamber Music America’s New Jazz Works initiative. Simon, a Yamaha artist, has recorded 15 albums as a leader or co-leader. His latest is Sorrows and Triumphs, released via Sunnyside Records in April 2018; the album was declared “unmissable” in Nate Chinen’s Take Five column on WBGO.org, and the pianist was featured in an extensive DownBeat interview upon the disc’s release. This follows Simon’s 2016 album Latin American Songbook, which won him an NAACP Image Award for Outstanding Jazz Album; a four-and-a-half-star DownBeat review also praised his fresh vision of classic Latin American songs as “grand and sophisticated.” 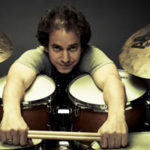 From Cuba, Dafnis Prieto‘s revolutionary drumming techniques and compositions have had a powerful impact on the Latin and Jazz music scene, nationally and internationally.

Various awards include a 2011 MacArthur Fellowship Award; a GRAMMY Award and a Latin GRAMMY Award nomination as Best Latin Jazz Album for Dafnis Prieto Big Band Back to the Sunset in 2018; a GRAMMY Award nomination as Best Latin Jazz Album for Absolute Quintet, and a Latin GRAMMY nomination for “Best New Artist” in 2007; and “Up & Coming Musician of the Year” by the Jazz Journalists Association in 2006. Also a gifted educator, Prieto has conducted numerous master classes, clinics, and workshops throughout the world. He was a faculty member of Jazz Studies at NYU from 2005 to 2014, and in 2015 became a faculty member of Frost School of Music at UM (University of Miami).

As a composer, Prieto has created music for dance, film, chamber ensembles, and most notably for his own bands ranging from duets to big bands, including the distinctively different groups featured by seven acclaimed recordings as a leader: About The Monks, Absolute Quintet, Taking The Soul For a Walk, Si o Si Quartet-Live at Jazz Standard, Dafnis Prieto Proverb Trio, Triangles and Circles, and Back to the Sunset. He has received new works commissions, grants, and fellowships from Chamber Music America, Princeton University, Jazz at Lincoln Center, East Carolina University, and Meet the Composer.

Prieto has performed at many national and international music festivals as a bandleader presenting his own projects and music, as well as a sideman. Since his arrival to New York in 1999, Prieto has worked in bands led by Michel Camilo, Chucho Valdés, Bebo Valdés, Henry Threadgill, Steve Coleman, Eddie Palmieri, Chico and Arturo O’Farrill, Dave Samuels & The Caribbean Jazz Project, Jane Bunnett, D.D. Jackson, Edward Simon, Roy Hargrove, Don Byron, and Andrew Hill, among others.

In 2016 Prieto published the groundbreaking analytical and instructional drum book, A World of Rhythmic Possibilities. In March 2020 he published Rhythmic Synchronicity, a book for non-drummers inspired by a course of the same name that Prieto developed at the Frost School of Music.