Festival Chile Jazz is a platform which seeks to energize creative music, connecting the Arts and all people who are interested in art language, so they may work together through the message of jazz music.

In its six year history, hundreds of musicians have performed at the events Festival Chile Jazz has created  – the annual highlight of which is the October Caravana, in which the entire team tours the country for a week of jazz. Through music, we share life experiences that join artists and their audiences.

It is this sense of community that keeps us together in this difficult season, and always…

and that makes us so grateful to be part of the ACT4Music Festival, as we present some of the most inspired voices of our southern jazz scene.

Thanks so much, and stay safe 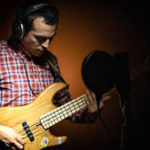 Felipe Catrilef was born in Coyhaique (Chilean Patagonia), on May 23, 1989. At the age of 15 he started playing the electric bass. In 2009 he began his apprenticeship with the renowned Bassist Christian Gálvez, and went on to participate in Galvez’s 2010 album, “Cinético”. In 2016 he founded, together with other partners La Quinta Estudios, a recording studio where he has worked as a music producer to this day. In 2017 he recorded his first album, Unicroma. In 2020 he started a new project: “Neyün”, together with Gabriel Jofré on guitar and Cesar Munne on drums.  They have recorded and released their first EP. He also works as a session musician and an electric bass teacher. He has shared the stage with Leo Masliah, Jeff Berlin, Freddy Torrealba, Ernesto Holman and Jorge Campos, among others 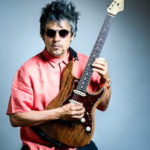 Ángel Cereceda Orrego, better known as Ángel Parra is one of the most important Chilean artists in the music scene. Son of the Chilean singer-songwriter Ángel Parra and grandson of Violeta Parra, he is part of the most prolific musical clans of Chile, establishing his definitive link with music through jazz, alternating his step in pop, rock and folk root music. From 1991 on he became a point of reference for the electric guitar in Chile.
His beginnings on the stage go back to preadolescence. During the period of exile that he lived in Mexico, his father already invited him to play the criollo guitar in his presentations. Along with his sister Javiera, he has his first forays into music in a duo called “Silueta”.
Upon his definitive return to Chile, after training on the jazz guitar with Pierre Cullaz, he has his first professional job as a musician, in the jazz – rock group “Cometa. In 1988 he joined the most important Chilean rock group of the ’90s, Los Tres. Within the band he became the star soloist, incorporating arrangements, riffs and very jazzy musical ideas, recording all the albums that described the post-military dictatorship youth landscape.
Despite the success, his definitive personal career was given through the leadership of one of the most important ensembles of Chilean jazz, Ángel Parra Trío, with this personal project he began to show a much more marked tendency towards key guitarists like Barney Kessel, Wes Montgomery and Joe Pass.
Within his extensive career, he wrote music for television and film with a very recognizable style in his proposals, among which there is also a summit meeting with a quartet of outstanding guitar soloists in a series of chamber concerts: Antonio Restucci, Alberto Cumplido and Emilio García.
It is in that same period, that the guitarist reactivated his jazzy side, started with the  first trilogy of discs of the group Angel Parra Trío in the ’90s, leading in 2011 a new sextet, formed by some of the most important jazz players of the contemporary scene.
At age 50, Angel embarked on the most important project of her artistic life “Las Últimas Composiciones de Violeta Parra” (The Last Compositions of Violeta Parra), an album that the artist published in 1966, months before her death. In this one the album is revived, with the same instruments and styles that were used in the original version and that includes the classics: “Gracias a la vida” (Thanks to Life), “Volver a los 17” (Back to 17), “Run Run se fue pal’ norte” among others. 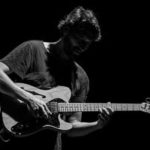 Raimundo Santander, Chilean guitarist and composer, resides in the worlds of jazz and folklore. He has performed concerts around the world and dozens of recordings as bandleader and back up.
He currently directs “La Orquesta del Viento”, a project that includes a live illustration and projection by visual artist Sol Díaz, fusing musical styles and artistic disciplines.
He co-leads the duo “Peregrinos” with Rodrigo Recabarren, a Chilean drummer based in New York. In that city they have performed concerts and recorded their two albums. They have collaborated with both Chilean and American musicians.
He was a stable part of Ana Tijoux’s band, recording and touring with them throughout the world. Also, alongside the  Chilean singer and rapper, they formed “Roja y Negro” a project that immerses itself in the classic repertoire of boleros, tangos, etc.
His 18 years of experience as a teacher, working on the music direction for documentaries and an animated film based on the life of Violeta Parra, a radio show, etc., show his permanent interest in all areas of musical endeavor. 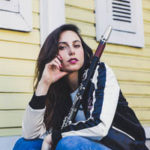 Luz Cuadros, Clarinetist and current composer of the Chilean jazz scene and the world of composition. Luz has been characterized for being a musician who seeks the development of a language of her own, a search that is accompanied by projects that integrate different artistic elements, such as the image, the body, the illustrated narrative, cinema and the creation of concepts. Luz was initially trained as a jazz and popular music clarinetist, she has gone through different musical courses, first as a sidewoman and sessionist for fusion projects, jazz, Latin American music, contemporaries and authoral, until she released a profile as a composer and director of “Ensamble de Luz”, an ensemble with a modern approach that crosses the territories of jazz, fusions and contemporary learned music. Her first work around this line is the album Desestructura (2016) by “Ensamble de Luz”, on this album she wrote pieces for nonet revealing a particular way of configuring styles and fusion in music. In 2019, Luz generates a new compositional and interpretative material for ensemble, this work with a more complete definition of language opens up the idea of the​​”music style”. This new album called MUNDO ZERO, gathers very rich influences in colors and shapes. Her musical work is based on sound experimentations influenced by the compositional delusions of Frank Zappa, Ravel, Bill Evans, Stravinsky, Shorter, Mingus, Bartók, Pink Floyd, among others. MUNDO ZERO is an illustrated and orchestrated narrative work. In this work, the composer stands out for the string trio arrangements, jazz trio (drums, piano and double bass) and a new melodic element in addition to her clarinet. The voice, used as a melody and the voice used from poetic texts, written by her. Luz is a current musician in the Chilean and international environment of Jazz & Fusion. Today, at the age of 33, she projects herself with a solid career as a composer and clarinetist. She was recently nominated for the annual Chilean music awards “Premios Pulsar” in the category of best jazz fusion artist of 2020 with her latest work MUNDO ZERO.