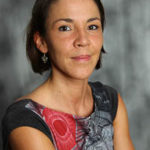 Stefany was born in 1978 in Brussels. She started listening to music with the radio in the kitchen at home. Her father was a fan of Jazz and her mom in love with Rock & Soul. As a teenager, she spent most of her time in the streets, learning about life but also dancing and listening to Funk, Rap, Pop, Reggae & World Music. She was 17 years old when she began traveling, attending concerts and meeting musicians who explained to her the difficulties of managing themselves as artists. Music has always been her destination. In 2004 she started managing Belgian artists (saxophonist Erwin Vann & percussionist Chris Joris). The next year she took a trip to New York to discover all the jazz clubs and learn more about the music business. In Harlem she met bassist Reggie Washington who was touring with Steve Coleman and Roy Hargrove. She quickly learned about his musical world, then created Jammin’colorS and booked Reggie’s first European tour with Ravi Coltrane and Gene Lake in 2006. It marked the beginning of a long and beautiful musical adventure. She has booked more than 2000 concerts in famous clubs/venues/festivals all over the world (mainly in Europe) and she has created her own label (Jammin’colorS Records). Today she promotes and works with Reggie Washington, E.J. Strickland, Manuel Valera, Paul Jost, Jason Miles, Gene Lake, Hadar Noiberg & Laurent de Wilde. Over the past 15 years, she has collaborated with artists such as Ravi Coltrane, Lakecia Benjamin, The Headhunters, Screaming Headless Torsos, David Gilmore, Bob James, Oliver Lake, Matthew Garrison, Jacques Schwarz-Bart, Grégoire Maret, Federico Gonzalez Pena, Brandon Ross, Melvin Gibbs, JT Lewis, Bob Stewart, Poogie Bell, Jozef Dumoulin, Nelson Veras, Stéphane Galland and many more. Stefany believes more than ever that MUSIC is the answer to many troubles and wants to continue her work in mixing her 3 passions: music, nature and children. 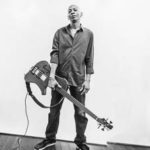 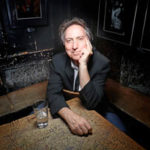 Paul Jost is an eclectic artist from Philadelphia with great skills as a drummer, arranger and composer but it’s his voice that truly makes him a standout. Both critics and contemporaries alike say he is one of the best male jazz vocalists since Mark Murphy.  When describing this unique vocalist, two words come to mind, “passionate storyteller”. To Paul, each lyric offers a message and story which he conveys by his interpretation framed by his arrangements and in the honesty of his performance. 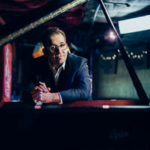 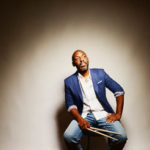 Drummer E.J. Strickland (Enoch Jamal Strickland) was born in Gainesville and raised in Miami, Florida. His sound on the instrument has been described as “fields of cumulative energy, clouds of feather-touch and heavy-handed syncopations, latent with power like an oncoming storm” by Thomas Conrad of Downbeat Magazine. Some of his early influences include drummers like Elvin Jones, “Philly” Joe Jones, Tony Williams, Jack DeJohnette, Roy Haynes, Art Blakey, & Jeff “Tain” Watts.