Nicole Mitchell is an award-winning creative flutist, composer, bandleader and educator. She initially emerged from Chicago’s innovative music scene in the late 90s, where she became a member of the Association for the Advancement of Creative Musicians (AACM) and served as the first woman president. A United States Artist Fellow (2020), a Doris Duke Artist (2012), and a recipient of the Herb Alpert Award (2011), Mitchell’s research centers on the powerful legacy of contemporary African American culture, its ongoing expression of resistance and resilience, its intriguing dialogue within and outside the African diaspora and its transformational impact on culture throughout the globe. For over 20 years, Mitchell’s critically acclaimed Black Earth Ensemble (BEE) has been her primary compositional laboratory, with which she has performed throughout Europe, Canada and the U.S. As a composer she has been commissioned by the French Ministry of Culture, the Museum of Contemporary Art Chicago, the Newport Jazz Festival, the Art Institute of Chicago, the French American Jazz Exchange, Chamber Music America, the Chicago Jazz Festival, International Contemporary Ensemble (ICE), and the Chicago Sinfonietta. Mitchell is a professor of music and the William S. Dietrich II Endowed Chair in Jazz Studies at University of Pittsburgh. 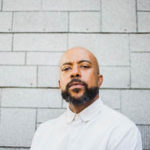 Ben LaMar Gay is a composer and cornetist who moves sound, color, and space through folkloric filters to produce electro-acoustic collages. His unification of various styles is always in service of the narrative and never solely a display of technique. A Chicago native, Ben’s true technique is giving life to an idea while exploring and expanding on the term “Americana.”

By being active in Chicago’s experimental music scene and having spent a three-year residency in Brazil, Ben has collaborated with several influential figures in the world of music, including Joshua Abrams, the Association of the Advancement of Creative Musicians, Bixiga 70, Black Monks of Mississippi, Celso Fonseca, George Lewis, Nicole Mitchell, Jeff Parker, Theo Parrish, Mike Reed, Tomeka Reid, and Itibere Zwarg.  Ben received his Bachelor of Arts in Music Education from Northeastern Illinois University. He has served as a music instructor in Chicago Public Schools, a guest lecturer at the School of the Art Institute of Chicago, and a facilitator with the Chicago Park District’s Inferno Mobile Recording Studio for six years. The latter helped set the tone for a core philosophy that fuels his musicianship, a fundamental component of which explores the lineage of an idea passed from one generation to another. He aims for his work to have the same functionality as most folktales, which is to create variations on timeless themes to help people make sense of their existence and place in the world.

With the celebrated release of his debut album, Downtown Castles Can Never Block the Sun (International Anthem, 2018) and multiple commissions, Ben is establishing his unique place and voice in the creative ecosystem. He has received artist residencies from Edgar Miller Legacy Glasner Studios and the Red Bull Music Academy. His range of performances and creative projects span from his hometown in Chicago’s very own Symphony Center and across the globe to places such as Brazil, France, Germany, Italy, Nigeria, Poland, and the Netherlands.

Ben’s musical influences derive from his collection of experiences in all of the Americas and the gathered data channeled by technology and its amplifying accessibility. The fact that the world is closer via technology and that everyone has access to the possibility of exploring different ideas makes his avant-garde version of “Americana” very global. Embracing global vision while remaining true to his roots, Ben aligns his creative output with the honest notion that he only knows how to be a man from the South Side of Chicago. 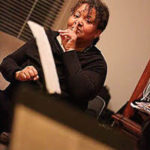 Her New Music demands to be heard and experienced in a new way. Listening to the horizontal line, one is more prone to listen, dismiss and move on. Her scores are inadvertently defiant in the way they make listeners stop, stay with each sonic vignette, each sound. They have to reset old notions as to what music scores or filmsound arenas actually are, what emotional, aural and visual stimuli are. They can, if they wish, take them apart with the wonder of children taking apart toys and putting them back together again. Hence, the re-ordering of the accepted audiovisual cosmology. Renée Baker has created sonic arenas, scores and compositions for many museums including MCA CHICAGO, MOFA St. Petersburg, Fl., Museum of Fine Art, Boston, MOMA, NY, ARTS CLUB OF CHICAGO, DESTEJILK MUSEUM, Zwolle, NL , MOMA NY, Spurlock Museum Champaign, Il, Krannert Art Museum,Milwaukee Ibstitute of Art and Design, Stony Island Arts Bank, DuSable Museum Chicago, Gardener Museum Boston, alongside prestigious music orgs, Symphony Center, Chicago. She has the privilege of being Visiting Resident Artist of the CHICAGO SYMPHONY AAN 2017-2020. Her film scores for BODY AND SOUL, THE SCAR OF SHAME along with two new opera projects BALDWIN CHRONICLES MIDNIGHT RAMBLE and A SOVEREIGN POUT both premiered at Symphony Center in 2019 and upcoming in 2020. Films with her scores have aired on NETFLIX and TCM.

Rob Mazurek is a multidisciplinary artist/abstractivist, with a focus on electro-acoustic composition, improvisation, performance, painting, sculpture, video, film and installation, who spent much of his creative life in Chicago, and then Brazil. He currently lives and works in Marfa Texas.

Mazurek has also been awarded a number of commissions and awards.

He received a grant from the Graham Foundation for Advanced Studies in the Fine Arts for an experimental film titled “The Farnsworth Scores” in collaboration with filmmaker Lee Anne Schmitt, which was shot at Mies van der Rohe’s iconic Farnsworth House. He was awarded a grant from the Robert D. Bielecki Foundation,  the Helen Coburn Meier & Tim Meier Foundation, and a Commissioning Music/USA grant from Meet the Composer. 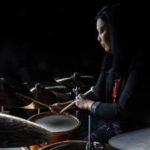 Susie Ibarra is a Filipina-American composer, percussionist, and sound artist. Her sound has been described as “a sound like no other’s, incorporating the unique percussion and musical approach of her Filipino heritage with her flowing jazz drumset style” (Modern Drummer Magazine) and her compositions are sometimes described as “calling up the movements of the human body; elsewhere it’s a landscape vanishing in the last light, or the path a waterway might trace” (New York Times).

Susie Ibarra is a 2020 National Geographic Explorer in Storytelling in support of her sound research of Water Rhythms: Himalayan Glacier Soundscapes and 2019 United States Artist Fellow in Music.  She is a 2014 Senior TED Fellow and a  2018 Asian Cultural Council Fellow. Ibarra leads the DreamTime Ensemble, which recently released the album Perception, a suite of music exploring memory and shifting sensory experiences. Recordings include Yunohana Variations with Robert Aiki Aubrey Lowe and YoshimiO 2018 Thrill Jockey. She released 3 soundpacks on Splice Originals and Splice Explores of her experimental percussion sounds and sound of the Himalayas.

June 2020 Susie Ibarra will release digitally a solo album , Rhythm Cycles, with Oto Projects in London, a live concert commission by the Bagri Foundation at Cafe Oto in Nov 2019.