The Music of Ornette Coleman 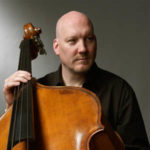 Scott Colley’s stature as a leading bassist in the field of improvised music is well known, and easily measured. He’s been called “one of the leading bassists of our postbop era, and a composer-bandleader of quietly serious resolve” by The New York Times, while musical colleagues, like saxophonist Joshua Redman, praise him for being “one of the most musical bassists playing today. To me, he seems to have…this natural, intuitive, empathic sense of how to bring the most out of the other musicians and the music he’s playing.”

Colley, a four time Grammy nominee, has performed on over 200 recordings, eight of those as bandleader and composer. He is a first-call sideman, as renowned for his role in groups led by well-known headliners—John Scofield, Herbie Hancock, Chris Potter, many others—as he is for being part of all-star projects like “Still Dreaming” with Joshua Redman, Ron Miles, and Brian Blade; and “Steel House” with Edward Simon and Brian Blade; and “The Book of Longing, with Luciana Souza and Chico Pinhero. Significantly, Colley is a leader of note, having assembled and composed music for a number of his own ensembles of top-level talent. His new recording Seven benefits from the combined prowess of Colley alongside trumpeter Jonathan Finlayson, keyboardist/ singer Kevin Hays, and drummer Nate Smith. The recording serves as an earnest, effective example of the personal and the musical becoming one, and is dedicated to a number of important mentors who have passed away recently, including Andrew Hill, Michael Brecker, Jim Hall, Charlie Haden, Fred Tinsley and Colley’s father. “This last decade has been a big shift for me personally, and has made me appreciate the importance of being present in the moment, in life, as well as in music,” says Colley. “These moments happen only once. I believe that because I’m more aware of this fact, I’ve come to a deeper understanding of my various experiences—how I’ve arrived at this point in my career, and my life.” 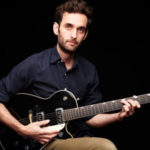 Hailed as one of the most prodigious guitarists of his generation and “highest category of improvising musicians” (New Yorker), Julian Lage has spent more than a decade searching through the myriad strains of American musical history via impeccable technique, free association and a spirit of infinite possibility. Though only 31, the California-born New York-based musician boasts a long, prolific résumé on his own accord in addition to sideman (alongside such icons as Gary Burton and John Zorn) and duo partner (with Nels Cline, Chris Eldridge and Fred Hersch, among others.) Love Hurts – which marks Lage’s third Mack Avenue LP recorded with a trio, and his first to feature bassist Jorge Roeder and drummer Dave King (The Bad Plus) – sees the GRAMMY® nominated guitarist exploring the American song catalog from a truly unique vantage point, performing music written by a range of audacious and original artists, from Roy Orbison to Ornette Coleman, Jimmy Giuffre to Peter Ivers. Lage and his rhythm section build upon the wandering sonic outlook of his previous LPs, further impelling his defining amalgam of jazz fusion, jam band liberation, standards, and embryonic rock ‘n’ roll with virtuosic precision, adventurous improvisation, and a remarkably clear vision. 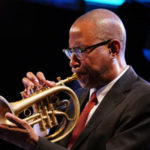 Ron Miles is a songwriter and cornet player based in Denver, Colorado. Ron was born in Indianapolis, Indiana in 1963 and moved to Denver with his family in 1974. Ron has recorded as a leader for the Prolific, Capri, Gramavision, and Sterling Circle labels. He is one of the finest improvisers and composers of his generation and has been called one of the greatest melodists by clarinetist Ben Goldberg, and “one of the finest trumpeters of today” by The Jazz TImes. In addition to leading his own bands with instrumentalists Jason Moran, Brian Blade, and others, Ron has performed in the ensembles of Joshua Redman, Bill Frisell, Mercer Ellington, Don Byron, Myra Melford, Joe Henry, Madeleine Peyroux, Jason Moran, Matt Wilson, the Bad Plus, Harriet Tubman, Ginger Baker. 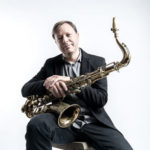 A world-class soloist, accomplished composer and formidable bandleader, saxophonist Chris Potter has emerged as a leading light of his generation. DownBeat called him “One of the most studied (and copied) saxophonists on the planet” while Jazz Times identified him as “a figure of international renown.” Jazz sax elder statesman Dave Liebman called him simply, “one of the best musicians around,” a sentiment shared by the readers of DownBeat in voting him second only to tenor sax great Sonny Rollins in the magazine’s 2008 Readers Poll.

Born in Chicago on Jan.1, 1971, his family moved to Columbia, South Carolina when he was 3. There he started playing guitar and piano before taking up the alto saxophone at age 10, playing his first gig at 13. When piano legend Marian McPartland first heard Chris at 15 years old, she told his father that Chris was ready for the road with a unit such as Woody Herman’s band, but finishing school was a priority. At age 18, Potter moved to New York to study at the New School and Manhattan School of Music, while also immersing himself in New York’s jazz scene and beginning his lifelong path as a professional musician.

A potent improvisor and the youngest musician ever to win Denmark’s Jazzpar Prize, Potter’s impressive discography includes 15 albums as a leader and sideman appearances on over 100 albums. He has performed or recorded with many of the leading names in jazz, such as Herbie Hancock, Dave Holland, John Scofield, the Mingus Big Band, Jim Hall, Paul Motian, Dave Douglas, Ray Brown and many others.

Looking back over his 20 years since arriving in New York, Potter says, “I’ve had the chance to learn a lot from all the leaders that I’ve worked with. Each gave me another perspective on how to organize a band and make a statement. It’s taught me that any approach can work, as long as you have a strong vision of what you want to do.”