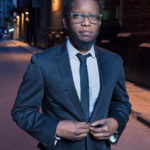 “Ortiz is an experimentalist and a tonal provocateur, influenced by European modernism and contemporary jazz as much as by Afro-Cuban tradition.” – Giovanni Russonello, The New York Times

Pianist, violist, and composer Aruán Ortiz has been an active figure in the progressive jazz and avant-garde scene in the US for more than 15 years. Born in Santiago de Cuba, the Brooklyn transplant has mastered a range of musical styles. His compositions have been interpreted by jazz ensembles, dance companies, contemporary classical chamber groups, and have been featured in films and multimedia works.

His work has been lauded as “a solid and unique new sound in today’s jazz world, by Matthew Fiander in PopMatters, and; “a genius exercise in the exploration of depth and perception that reveals a bright new wrinkle in the relationship between music and mathematics, reimagining Afro-Haitian Gaga rhythms, Afro-Cuban rumba and Yambú into heavily improvised meditations on modernism that recall John Cage and Paul Bley, by Ron Hart in The Observer. Lynne René Bailey of The Art Music Lounge called Ortiz, “one of the most creative and original composers in the world. 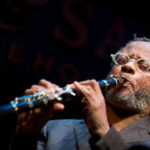 An inspired eclectic, Don Byron has performed an array of musical styles with great success. Byron first attained a measure of notoriety for playing Klezmer, specifically the music of the late Mickey Katz. He’s also composed for silent film, served as the director of jazz for the Brooklyn Academy of Music, and scored for television.

He is a Rome Prize Recipient, Pulitzer Prize Finalist and a 2007 Guggenheim Fellow.

Each succeeding album seems based on a different stylistic approach, from the free jazz/classical leanings of his first album, Tuskegee Experiments (Nonesuch, 1992), to the hip-hop/funk of Nu Blaxpoitation (Blue Note, 1998). Byron’s composition “There Goes the Neighborhood” was commissioned by the Kronos Quartet and premiered in London in 1994. Byron was encouraged by his parents to learn about all different kinds of music, from Leonard Bernstein to Dizzy Gillespie.

Byron’s models on clarinet included Tony Scott, Artie Shaw, and especially Jimmy Hamilton. As a teenager, Byron studied clarinet with Joe Allard. Byron attended the New England Conservatory of Music, where he studied with George Russell. While at NEC, Byron was recruited to play in Hankus Netsky’s Klezmer Conservatory Band. Byron moved from Boston back to New York in the mid-80s, where he began playing with several of the city’s more prominent jazz avant-gardists, including David Murray, Craig Harris, and Hamiet Bluiett.

A year after recording Tuskegee Experiments, Byron made Plays the Music of Mickey Katz (Nonesuch), which put something of an end to his Klezmer career (at least in terms of recording). Byron’s career built steadily over the course of the ’90s. By the end of the decade he had signed with Blue Note records. While hardly a radical, Byron is an original voice within the bounds of whatever style he happens to embrace. 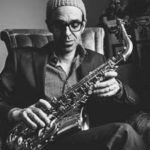 Michaël Attias has earned a reputation as one of the most questing and keenly collaborative figures on the 21st-century New York jazz scene, with a background and outlook that make him “an emphatically cosmopolitan saxophonist and composer,” according to The New York Times. Migrations spanning North Africa, the Middle East, Western Europe and the American Midwest ultimately brought Attias to New York City in 1994, where he continues to pursue his muse as improviser, composer and bandleader. The Village Voice described Attias’ music-making as, “perpetually shifting tunes, richness of timbre and a singular personality—you can almost see his music expanding and contracting.” As a leader, he has released eight critically-acclaimed albums, including the 2019 Out Of Your Head release “échos la nuit” (featuring Attias solo on alto saxophone and piano) and the 2017 Clean Feed debut of his Nerve Dance quartet with Aruán Ortiz, John Hébert and Nasheet Waits. As a sideman, he has performed and recorded alongside some of today’s most original and compelling musical luminaries, such as Anthony Braxton, Paul Motian, Oliver Lake, Anthony Coleman, Ralph Alessi, Tony Malaby, Kris Davis, Andy Milne, Fay Victor and a host of others.

Attias’ compositions have appeared on albums by Eric Revis, Kris Davis, Anthony Coleman, and the Wing Walker Orchestra, among others. In 2015, Attias was commissioned by Anthony Braxton’s Tri-Centric Foundation to compose “From the Angel” for full orchestra. He has also created live musical scores and sound designs for theatre, including several collaborations with theatre-making legend Robert Woodruff at the Yale Repertory Theatre, La Jolla Playhouse, Baryshnikov Arts Center, and The Duke on 42nd Street. Attias was named a 2000 Artists’ Fellowship Recipient of the New York Foundation for the Arts and was awarded fellowships at the MacDowell Arts Colony in Fall 2008 and Summer 2015. 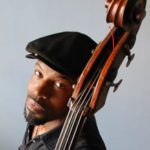 Brad Christopher Jones has been one the most sought after bassists in the New York area for the past 30 years. He has recorded, performed, and/or toured extensively with a diverse array of artists that include Ornette Coleman, Elvis Costello, Elvin Jones, Deborah Harry, Muhal Richard Abrams, David Byrne, Andrew Hill, Cassandra Wilson, Henry Butler, Don Byron, Dave Douglas, Marc Ribot, Marty Ehrlich, David Gilmore, Aruan Ortiz, and The Jazz Passengers, just to name a few.

As a leader, he has released four recordings with three separate projects: “UNCIVILIZED POISE” and “THE EMBODIMENT” with his band Aka Alias; “POURING MY HEART IN” with The Brad Jones Quartet; and “AVANT LOUNGE” with his project Avant Lounge. Brad is also an experienced educator who has taught workshops and master classes throughout the world and has been part of the music faculty at Columbia University for the past twelve years.