0 Items
Home Events In My Solitude 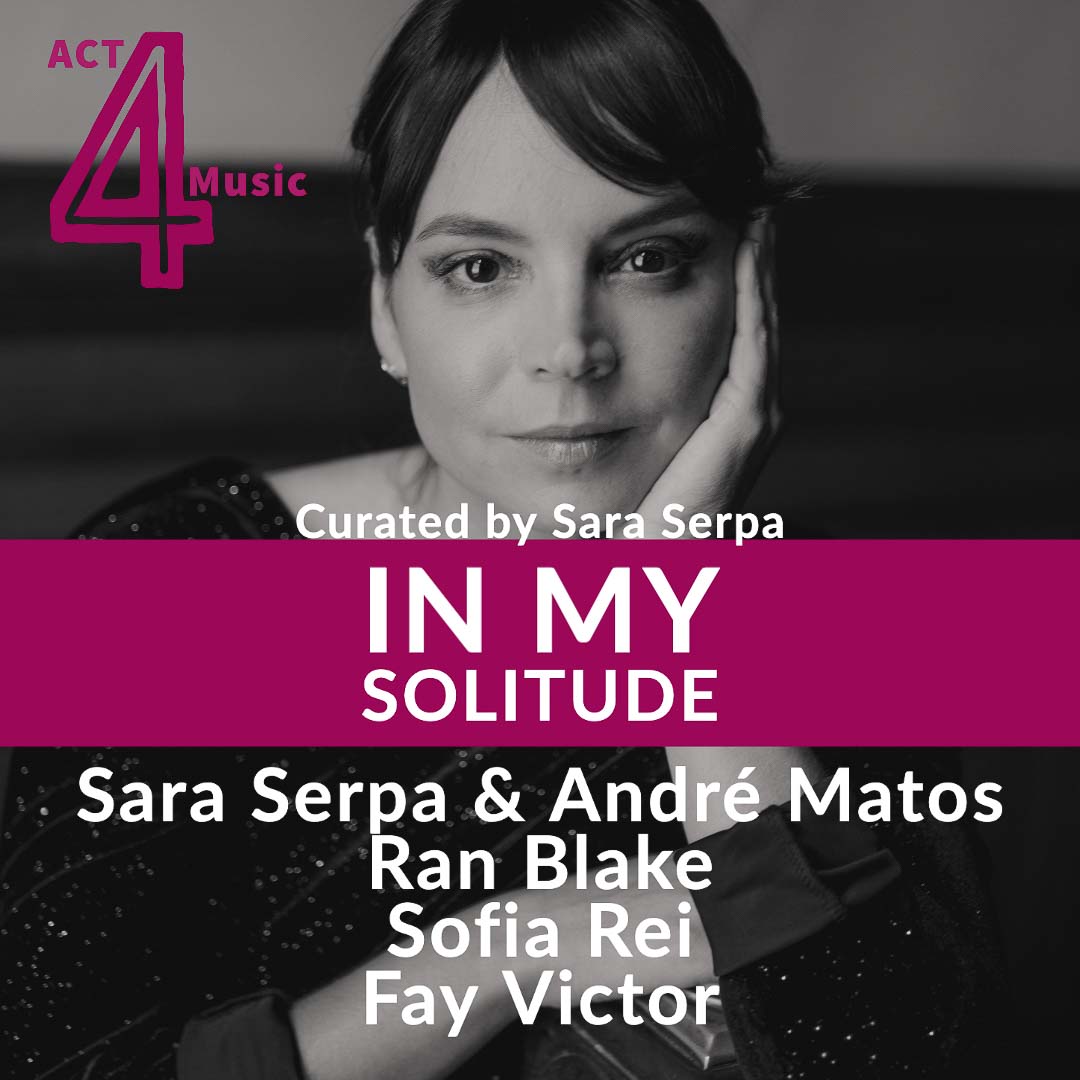 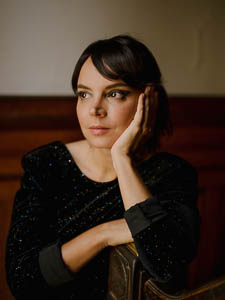 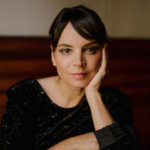 A native from Lisboa, Portuguese Sara Serpa is a singer, composer, improviser, who through her practice and performance, explores the use of the voice as an instrument, working in the field of jazz, improvised and experimental music, since moving to New York in 2008. Literature, film, visual arts, nature and history inspire Serpa in the creative process and development of her music. Serpa started her recording and performing career with jazz luminaries such as Grammy-nominated pianist, Danilo Perez, Guggenheim and MacArthur Fellow pianist, Ran Blake, and Greg Osby.

As a leader, she has produced and released ten albums, the latest being Recognition, to be released in June 2020. A singular multi-disciplinary work that traces the historical legacy of Portuguese colonialism in Africa through moving image and sound, Recognition features Zeena Parkins (harp), Mark Turner(saxophone) and David Virelles (piano). In 2018 Serpa premiered Intimate Strangers, a collaboration with Nigerian writer Emmanuel Iduma, in another interdisciplinary musical performance that portrays the writer’s travels in several African countries.

Serpa is a member of the We Have Voice Collective, composed of 14 musicians, scholars and thinkers, determined to promote gender equity in the performing arts. In 2017 the collective created a Code of Conduct that was featured as one of the decade events in Jazz by the New York Times. 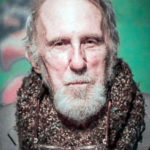 “Blake combines Max Roach with Edith Piaf, Duke Ellington with Stevie Wonder, Nino Rota with Yiddish music. All lit by his unique style influenced by the blues as the gospel, classical as jazz, but inimitable in combining these elements through touches almost imperceptible, silences full density, sparse but decisive cluster, lines dangerously poised between tonality and dissonance. It is music played on whispers rather than on shouting but no less intense or penetrating.”-VINCENZO ROGGERO

“An artist shy and out of the spotlight with brilliant ideas, innovative obliquely, brilliantly unconventional.”-VINCENZO ROGGERO

“With Blake’s notions of harmony, wherein it drifts away from tonal centers or simply expands into adjacent keys, and his sudden, stabbing attacks at an astringent interval, I once thought: maybe this is what a young Arnold Schoenberg would have sounded like if he was the hippest lounge pianist around. But that’s not fair, Schoenberg was not an American musician, he was not a jazz musician, and he was no Ran Blake.”-Jon Garelick

“It was refreshing to hear Blake play with deep, rich chords, the notes between the notes consistently evoking memories of love, beauty, pain and wonder. It was pure expressivity, music with a story, not just someone playing the piano, not giving us renditions of songs from a bygone era or taking us down memory lane. Through his melancholic, sometimes bright, abrupt juxtapositions of notes and chords, Blake was able to convey both himself and another world, a kind of timeless recreation that stood both outside time but also one that imbued everything that had and has to do with living now.”-John Ephland

“It’s this thunder-crack of sound that explodes from the instrument once he puts his hands on it. It draws you in… and, for me, his sound touches my face… I feel the pressure he’s putting on the keys and the pressure of the strings. It hits my body!”-Jason Moran

“Ran’s ability to combine sounds… I’m not talking about harmonies or notes. I’m talking about sounds. 88 notes on the keyboard and each one has an induvial sound, which generate different emotions- a different character, timbre, and tone. Ran is just like a master chemist who is hearing different combinations, and he doesn’t get old at figuring out, ‘oh, this one works today.’ Yeah, today it works! Today! Tomorrow, he’ll be mixing up a new potion no one else ever thought of.”-Jason Moran

“This grandness of Ran’s sound is probably what people were thinking when listening to Thelonious Monk when he was alive. It’s something I think most pianists need to get a handle of because he’s truly one of the most perplexing sounds that’s around today.”-Jason Moran

“Ran’s unlike anything else that exists. I hope musicians hear him and ask themselves, ‘Shouldn’t we be taking more chances right now?’”-Jason Moran 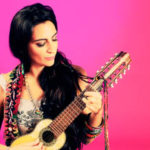 With a voice that’s been hailed for its captivating beauty and versatility by such prestigious publications as the New York Times and DownBeat Magazine, Rei’s talents fit comfortably into any number of genres. A self-described “frog from another pond,” Rei’s natural inclination is to leap, an instinct that has taken her on a circuitous route from early classical training and Argentinean folk music through the punk rock nightlife of Buenos Aires, into some of the most prestigious venues in the U.S. and on to a wealth of festival stages around the world.  Rei has been named “an ambassador of Latin America’s experimental voice in the contemporary international circuit”. Her frequent collaborations with John Zorn and the downtown music scene have led to 5 releases on Tzadik records and four independent albums under her name, which received international acclaim including a Grammy nomination and 6 Independent Music Awards. Rei has been an advocate of South American culture through her work. She is the co-founder of El Colectivo Sur, an arts collective that increases public awareness of South American arts embracing contemporary and experimental works, bringing together diverse communities. In 2019, she was presented the Spirit of Folk Award by the International Folk Alliance (Montreal), for her active involvement in the preservation, presentation, and promotion of folk music, community building, and demonstrated leadership. Rei is currently a Professor at NYU’s Clive Davis Institute and teaches New Perspectives in Latin Music, a course she created that explores rhythmic training and the broad stylistic diversity of Latin American music. 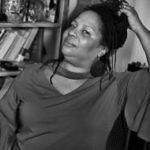 “She’s essentially invented her own hybrid of song and spoken word, a scat style for today’s avant-garde.” -Giovanni Russonello, The New York Times

Brooklyn, NY based sound artist/composer Fay Victor hones a unique vision for the vocal role in jazz and improvised music regarding repertoire, improvisation and composition. Victor has an ‘everything is everything’ aesthetic , using the freedom of the moment to inform the appropriate musical response, while viewing the vocal instrument as full of possibilities for sound exploration. The vocal instrument as a direct conduit for messages in an improvising context.  Victor embraces all of these ideas in real time, aiming to push the vocal envelope to forge greater expression. On Victor’s 10 (current release: BARN SONGS – Northern Spy) critically acclaimed albums as a leader one can hear the through line of this expansive expression.

Victor’s work has been featured in media outlets such as The Wall Street Journal, The New York Times, The San Francisco Chronicle, Rolling Stone Magazine & The Huffington Post; Victor has performed with luminaries such as William Parker, Roswell Rudd, Dr. Randy Weston, Nicole Mitchell, Misha Mengelberg, Myra Melford, Archie Shepp, Marc Ribot & Tyshawn Sorey to name but a few; Performance highlights include The Museum of Modern Art & The Whitney Museum of American Art (NYC), The Hammer Museum (LA), The Kolner Philharmonie (Germany), De Young Museum (SF), Symphony Space (NY), The Earshot Jazz Festival (Seattle), The Winter Jazz Festival(NYC) and the Bimhuis (Netherlands). As a composer, Victor has been awarded prizes such as the 2017 Herb Albert/Yaddo Fellow in Music Composition and a 2018 AIR in Composition for the Headlands Center for the Arts. As an educator, Victor is currently on the Faculty at the New School of Jazz & Contemporary Music, runs a private teaching practice, and gives talks and clinics on Creative Improvisation, Songwriting for Improvisers and much more at institutions around the world.

Learn more about Fay Victor at ​www.fayvictor.com​ or via social media through her handle, @freesongsinger.